Audi Puts The Spotlight On The A8 With New Videos

Audi heads to Valencia in Spain to film its new flagship in both standard and long wheelbase versions.

A luxurious tech fest, the A8 is truly an all-new vehicle, although some would say the styling is more of the same despite Audi’s promise the fourth generation of its flagship sedan ushers in a new design language for the brand. To coincide with the embargo dropping on the reviews, the Ingolstadt-based has now decided to publish a couple of new videos shot in Valencia, Spain with its range topper in both the standard and long wheelbase flavors.

On the outside, it’s really only the rear end that stands out compared to its predecessor at a first glance, but in reality, everything has changed. The body has been enlarged and that includes a stretched wheelbase granting superior legroom for those relaxing on the back seats. Speaking of the body, 58 percent is made from aluminum, while the rest of it makes use of high-strength steel, magnesium, and even carbon fiber – once reserved only to supercars.

While beauty may very well be in the eye of the beholder, there’s no denying the 2018 Audi A8 is an imposing car, especially when it rides on 21-inch wheels and shows off its OLED taillight trickery. We’re certain some would have wanted a bit more variety at the front where the grille dominates the fascia, but in typical Audi fashion, we’re dealing with an evolutionary design. 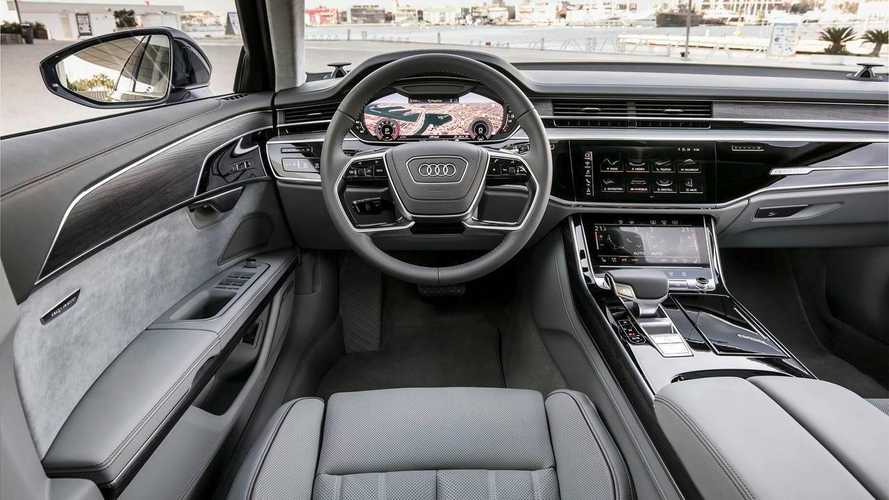 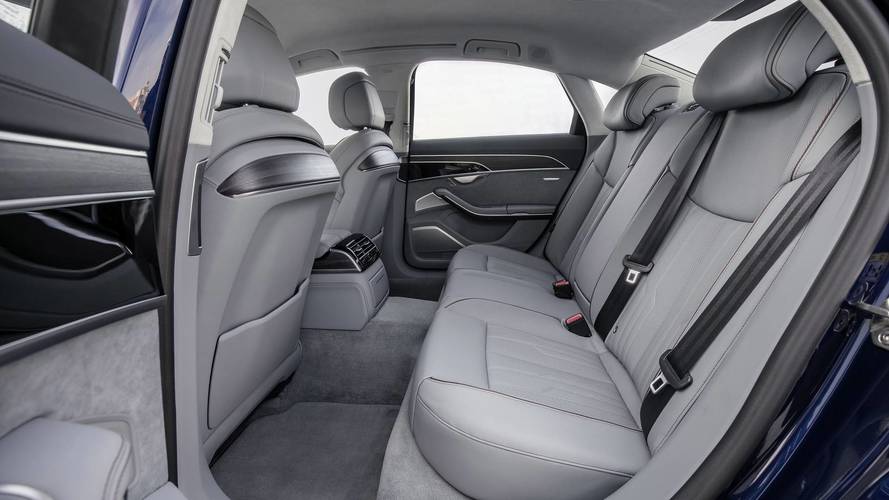 Inside, it’s more of a revolution as the dashboard has been rethought from the ground up. The first thing you will probably notice is the lower touchscreen on the center console replacing the conventional buttons and knobs of the climate control system and other functions. It measures 8.6 inches and sits below the infotainment’s bigger 10.1-inch screen. Naturally, the instrument cluster is fully digital and it’s actually the first model to use the second generation of the highly appreciated Audi Virtual Cockpit.

As a refresher, only V6 engines will be available on launch, with the bigger V8 gasoline and diesel mills to arrive in 2018 when the range will be topped by the mighty W12. Later in the life cycle, there will be a new sporty S8 followed by a possible hybridized S8 E-Tron with even more punch to serve as a direct successor of the S8 Plus.

You’ll probably need a few weeks to get acquainted with all the toys Audi has managed to cram into its fullsize luxury sedan, one that has to face some stiff competition coming from the latest BMW 7 Series, the recently facelifted Mercedes S-Class, and the all-new Lexus LS. The company with the four-ring logo has stated the new A8 is smart enough to meet level 3 autonomous driving requirements, but it can’t unlock the full tech at the moment due to legal concerns.