Here's something you don't see everyday.

In honor of today being Friday the 13th, we wanted to bring something truly special and befitting to our readers for this nationally recognized day of horror and misfortune. Sadly, we couldn’t find anything car related that also included a dude with a machete wearing a hockey mask, but we do have this video from Audi featuring a bunch of creepy clowns. Okay, these clowns aren’t really that creepy, save for the one towards the end talking on the gigantic phone. Yeah, we foresee nightmares about this guy. 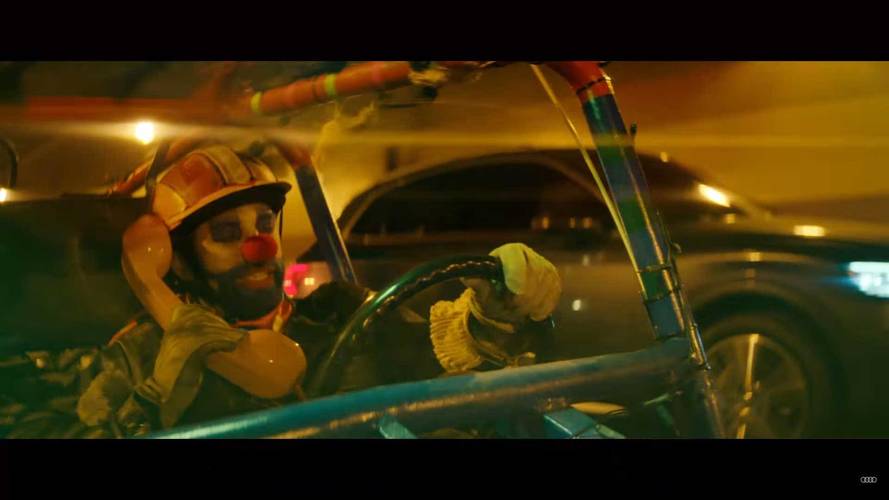 What is this all about exactly? Give your praise to Audi’s UK crew, who decided to highlight the various driver assists and safety systems on Audi vehicles by creating a video filled with the stuff of nightmares. Not only can clowns kill you with weapons, apparently they're also terrible drivers. If that’s not bad enough, the whole thing is backed by Stephen Sondheim’s Send in the Clowns. Okay, that part is cool – we’re musical theater fans at Motor1, but we digress.

This is a scary video about scary clowns creating scary situations for a series of unsuspecting drivers. Who wouldn’t be scarred for life by that hideous umbrella stuck in the, ah, carrot car near the end of the ad? And you’ll never convince us the food fight on the bus was just innocent candy and cake. After all, just look at the streaming blood stains on the front of that behemoth. We’d bet a million bucks that bus is one unsuspecting pedestrian away from becoming a Ford Mustang. 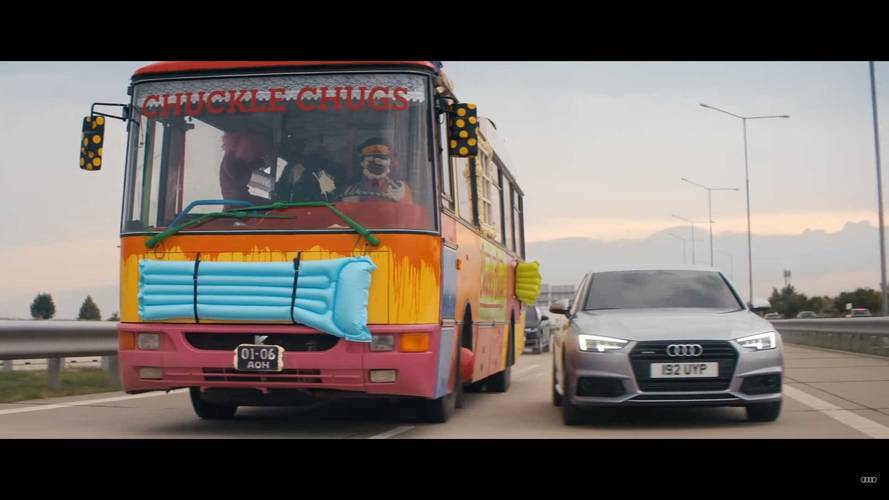 In a world filled with humdrum advertisements, we’ll grudgingly admit this one is hokey enough to be entertaining. Beyond that, we get to see not one but two shots of Audi’s oh-so-sexy A5 coupe, and that’s never a bad thing.

22 Photos
Photo by: Jake Holmes
By: Christopher Smith
++
++
Got a tip for us? Email: tips@motor1.com