Investigation Shows A Rise In Sunroofs That Spontaneously Explode

As if we didn’t have enough things to worry about in a car.

In general, people who love cars also love sunroofs. We’d bet most people have also, at some point, wondered just how safe it is to have a big piece of glass directly over your head. Consumer Reports wondered about the safety as well, which is why the magazine did a study on the subject. The good news is that for the most part, things are just fine. The bad news is that, for reasons not yet fully understood, some glass roofs can explode without warning.

Did we just say explode? Without warning? Yes we did, but before you engage full panic mode, the numbers are pretty slim. Specifically, there have been at least 859 reported cases of mysteriously shattered sunroofs in the last 22 years. According to the study you have a better chance of getting a blowout, but still, exploding glass certainly qualifies as freak-worthy. So let’s take a closer look at this issue to see what it’s all about.

Consumer Reports pulled data from the National Highway Traffic Safety Administration that showed a steady increase in reports of shattering sunroofs, starting in 1995 with just a handful but spiking in 2014 with 187 reported cases that year alone. The issue has been reported in a wide range of vehicles from most automakers, though Hyundai and Kia vehicles seem to stand out from the pack. The Kia Sorento is currently under investigation by the NHTSA for possible defects that could cause exploding glass roofs. In 2013 Hyundai issued a recall for the 2012 Veloster, citing a weakened assembly that could cause the car’s panoramic roof to shatter. 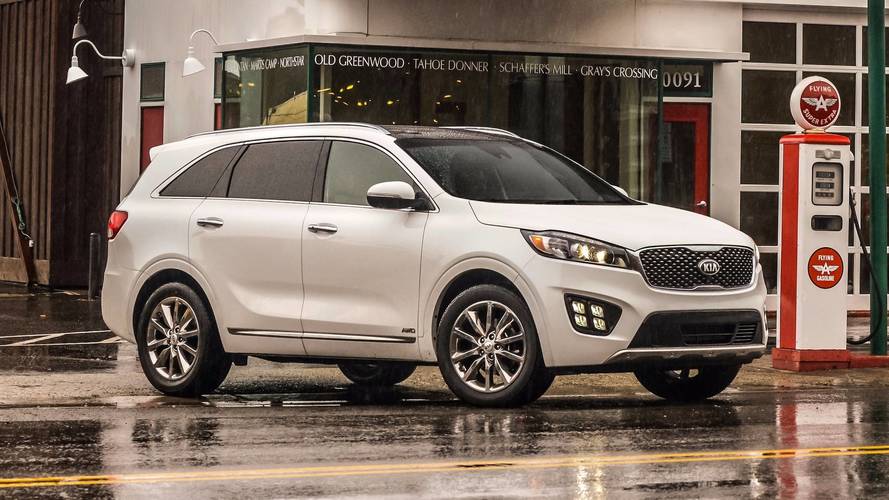 So does anyone actually know what’s happening? The study from Consumer Reports is quite thorough and a good read, but at the end of it all, the answer is pretty much no. Most automakers point the finger at rocks or other road debris causing damage which can lead to shattering. Engineers say it could be a litany of issues in the manufacturing process that can weaken the glass, making it more vulnerable to the torsional forces that can flex a vehicle’s roof under normal circumstances. Lastly, the NHTSA says safety guidelines for sunroofs have not kept up with the development and implementation of larger panoramic roofs.

At the end of the day, the number of reported cases versus the number of cars on the road is very small, and only minor injuries have occurred. But if this ever happened to us, we can’t imagine feeling comfortable underneath a glass roof ever again.