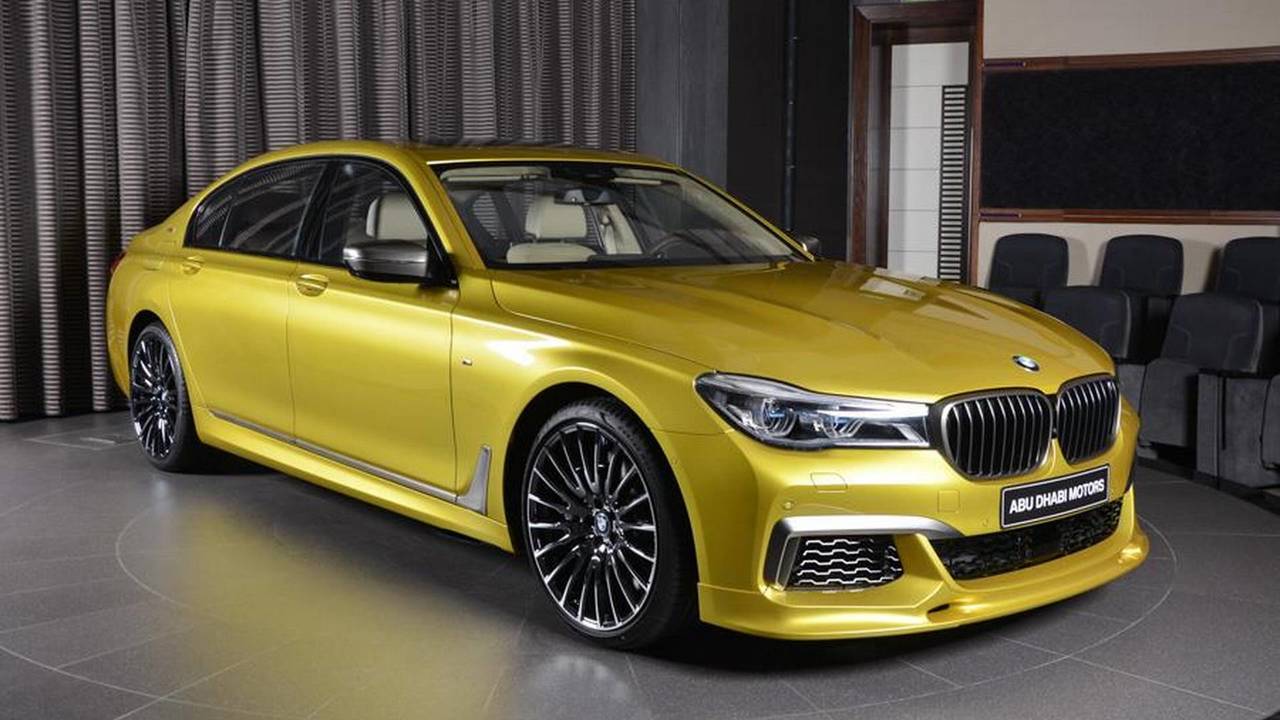 The large luxury sedan looks good in a brighter shade.

The BMW 7 Series is a car that needs no introduction. The most recent iteration of the large luxury sedan made its debut in 2015 at BMW’s headquarters in Munich, followed by a showing at the International Auto Show in Germany just a few weeks later. It was the first in five generations to introduce a plug-in hybrid variant – but this particular example is no plug-in hybrid, nor is it anywhere near as subtle.

Finished in a polarizing Austin Yellow paint job, and paired with appealing 21-inch multi-spoke wheels, this one-off BMW M760Li was created though BMW’s Individual customization program. The car is available through BMW Abu Dhabi, and it's the only 7 Series in the world finished in the unique shade, as far as we know. Though typically reserved for cars like the M3 and M4, the color looks good on the large sedan.

In the cabin, a creme-colored leather covers the seats, portions of the dash, and center console. The light leather is accented by plenty of wood paneling (luxury!), and black leather on the steering wheel and top portion of the dash. Admittedly, the cabin does clash a bit with the bright exterior – a full black leather interior may have been the better way to go.

Brand new the BMW M760Li will set you back a hefty $153,800 in the U.S., or €168,090 in Germany – and that's without the Individual customization options. The dealership doesn’t say how much more this particular example will set you back... just be prepared to dish out some serious cash.