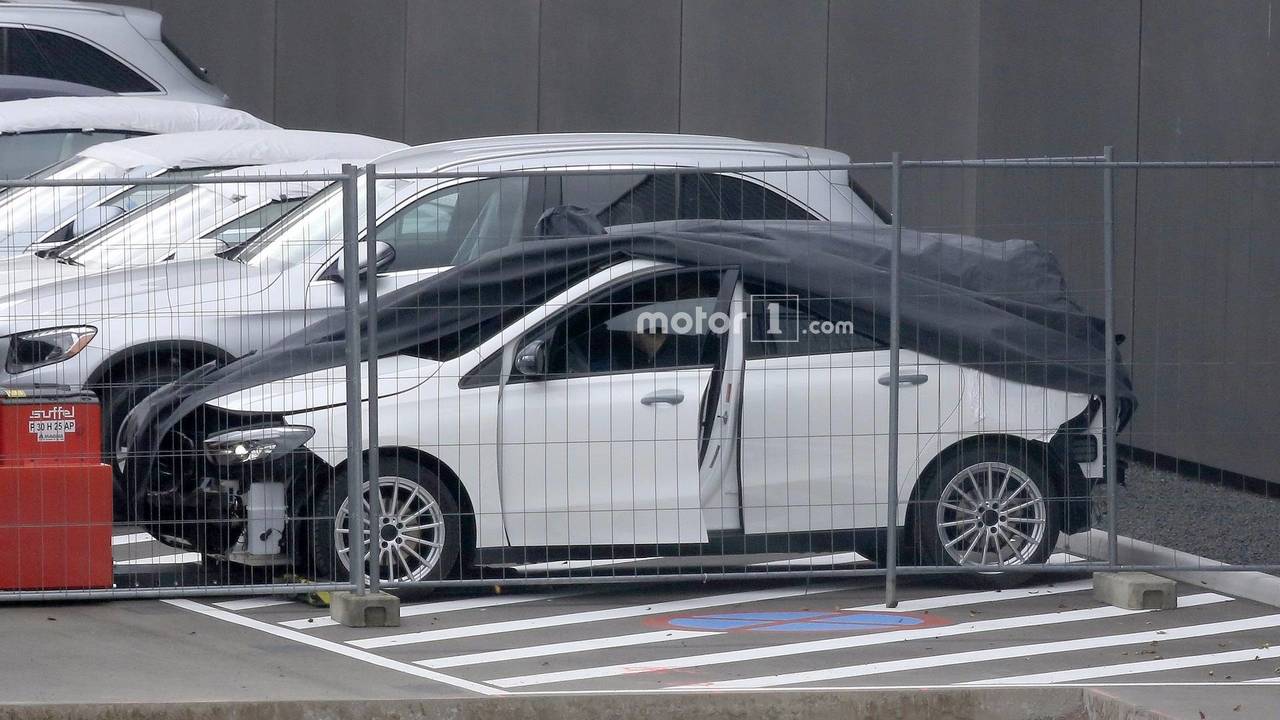 A spy video shows a prototype behaving really weird by folding and unfolding the mirrors several times in a matter of seconds.

Far from being one of the most popular cars Mercedes is selling these days, it appears the B-Class will live to see another generation. Multiple prototypes have been spotted roaming the streets of Germany and all of them seemed to have the production body panels, though a stationary test vehicle was caught by the spy camera without the bumpers. Even so, the white car allows us to have a pretty good look at the premium small MPV.

The two curved side creases of the current model have been replaced by more linear upper and lower character lines, and we also get to see the new shape of the headlights. The outline of the hood appears to be more rounded than before and the mirrors have been changed as these have a simpler layout now with a single light bar instead of two, but things could change for the production model.

As for the rest of the B-Class prototypes, these were all clad in camouflage. One had halogen lights with LED daytime running lights + turn signals mounted at the bottom of the cluster whereas another was rocking a full-LED set with the DRLs mounted high. While the existing version is essentially a taller and roomier A-Class, the new B will adopt a different exterior design.

Despite the heavy amount of swirly disguise used by Mercedes, we can already see the headlights of the B-Class won’t be as sharp as those of the 2018 A-Class. It’s the same story at the back where the taillights look different from one car to the other. But the B-Class has never been about its design as people buy it for the spacious interior, much like some prefer the Golf Sportsvan over the regular Golf.

While the exterior will be somewhat of a departure from the A-Class, everything else should be just about the same, including the interior (with a dual screen layout) and the underpinnings. Riding on an evolution of Mercedes’ MFA platform, the 2019 B-Class could grow in size a little bit without putting on weight as the updated hardware might shave off some the fat.

Expect to see Mercedes’ rival for the BMW 2 Series Active Tourer debut likely a few months after the A-Class, so either by the end of 2018 or early 2019.

As a final note, another test vehicle was seen the other day and it must have had a problem judging by the peculiar behavior of the side mirrors as shown in the video below.