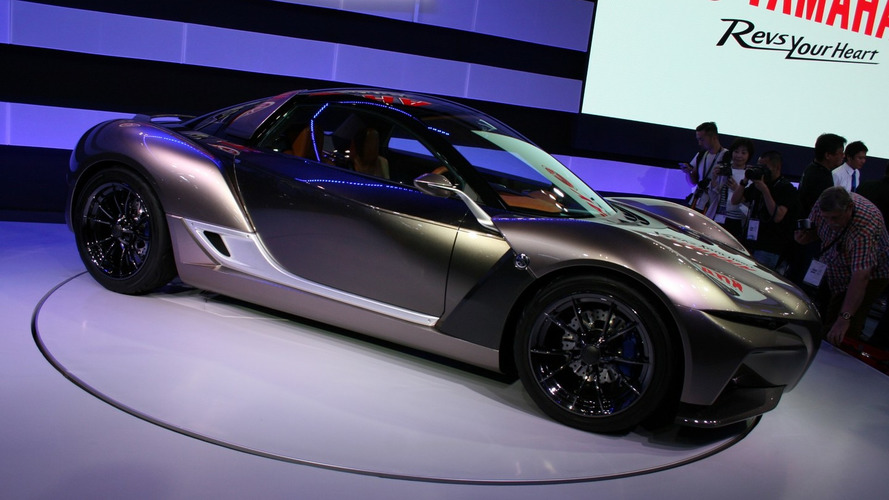 For now, we only know it's an "automobile."

Yamaha will host no less than six world premieres later this month at the 45th Tokyo Motor Show where four Japanese debuts are also programmed. From scooters and motorcycles to e-bikes and leaning multi-wheelers, the company’s stand at the show will be completely packed. But what really piqued our interest is the “automobile design concept model” set to be exhibited during the event. Unfortunately, Yamaha is not eager to talk about the car just yet, so we can only speculate for the time being.

What could it be? Well, the company did introduce a couple of years ago during the same event a rather interesting Sports Ride showcar, the one pictured here. There was actually a report released just one month after the concept’s debut talking about a potential production version fitted with a turbocharged 1.5-liter gasoline engine. Interestingly, the very same report suggested a pre-production version would debut this year in Tokyo, so there is a good chance the new “automobile” mentioned in the press release could be an evolution of the Sports Ride.

Another plausible scenario regarding the type of engine it will use refers to a smaller three-cylinder 1.0-liter, also turbocharged. Taken from the 2013 Motiv concept where it generated about 75 horsepower, the engine was developed by Yamaha and could be tweaked to develop more than 100 hp for what would be the firm’s first production car.

If it will ever get the green light, the vehicle will allegedly be built somewhere in Europe using Gordon Murray’s iStream manufacturing process already used for the two concepts.