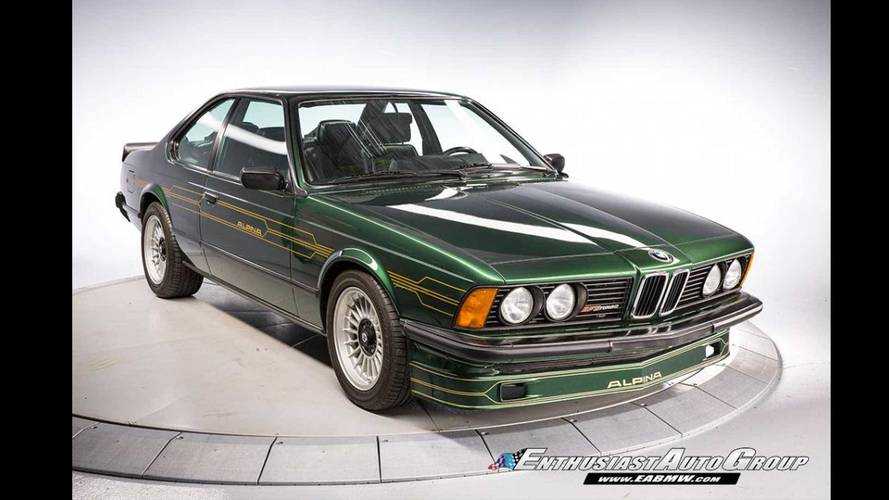 The selling dealer said to call for a price, so we called.

Yes, you read that headline right. Enthusiast Auto Group in Cincinnati, Ohio is offering this exceedingly rare BMW Alpina B7S Turbo Coupe for the same price as a host of exquisite supercars. Would you have this Bimmer over a new Ferrari 488 Spider, or an Aston Martin Vanquish? How about the McLaren 720S, which has the guts to hang with a Bugatti Chiron in a half-mile drag race? Yes, we’re comparing apples to oranges here, but at the end of the day it’s all about price. You have $300,000 to spend – new supercar or a Bimmer from 1982?

Of course, this particular car is light years away from being just another BMW. Based on the much-loved E24 6 Series, the Alpina-tuned version made 326 horsepower thanks to a bunch of performance modifications, not to mention the turbo bolted to its inline-six cylinder engine. It had special paint, special stripes, and in the case of this car, special Tartan interior that would make any vintage Volkswagen fan smile.

The dealer says this green machine has only done 32,210 kilometers, which is roughly 20,000 miles. It’s listed as being number 25 out of a build of just 30 cars worldwide, and is believed to be just one of two with the spiffy plaid interior. The dealer also claims the car has never “spent a night outside,” which is something we’re fairly certain nobody could ever possibly verify, but that’s not the point. The point is this car is extraordinarily rare and in exceptional condition with extremely low miles. We suspect the green finish with elaborate gold striping and plaid interior might not appeal to everyone, but for vintage BMW Alpina enthusiasts, this car is pretty much the cream of the crop. And it has all the ingredients to be a high-dollar collectible.

Still, $300,000 is a freaking biblical amount of cash for this car. We did a bit of snooping around the internet to see if we could find some comparables, and came upon a four-door model from 1982 with 82,000 miles that was asking $110,000 last year. We also found a Bring-A-Trailer reference to coupe that was apparently selling on eBay back in 2011 for around $35,000, but the original auction posting is obviously long gone. In other words, there isn't really much out there to use for comparison.

At the end of the day, the car is worth whatever someone will pay for it. Time will tell if that figure is indeed $300,000, but in the meantime, check out the 100-plus photos below and tell us what you'd pay for this rare ride.