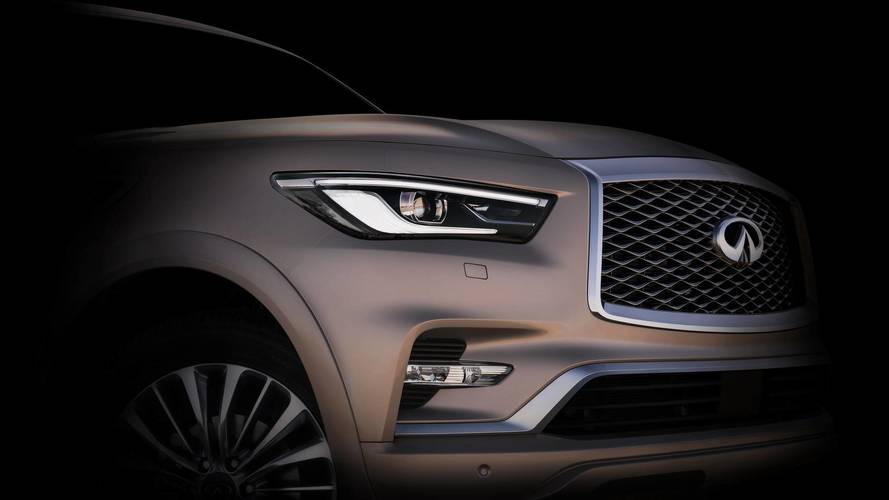 The large-and-in-charge SUV promises to have a "commanding presence" at the Dubai Motor Show.

Having been around since 2010, back when it was still called QX56, it’s safe to say the fullsize luxury SUV is in dire need of a replacement, which thankfully is about to make its official debut. The third-generation QX80 will be revealed to the public next month, but it won’t premiere at the Los Angeles Auto Show as instead Infiniti will unveil the new model at the Dubai Motor Show.

“New” might not be the right word to use considering the 2018 QX80 is going to ride on the same platform as the current model, so we might as well call it a facelift. Not only that, but it will soldier on with the 5.6-liter V8 engine generating 400 horsepower (298 kilowatts) and 413 pound-feet (559 Newton-meters) hooked up to a seven-speed automatic transmission. Later in the model’s life cycle, a smaller engine could be added to the lineup, so something along the lines of a turbocharged V6 represents a possibility.

Infiniti has already announced the new/old QX80 will carry over the towing capacity of about 8,500 pounds (3,855 kilograms) and is going to feature a self-leveling independent rear suspension as standard. Those willing to pay more will be given the opportunity to get the optional body motion control system.

As you may recall, Nissan’s premium brand has already previewed the new QX80 via the Monograph concept shown earlier this year in New York and pictured above. Of course, the road-going model won’t be as interesting as the showcar before it, but we have to admit these teasers are promising. The high-riding behemoth appears to be more chiseled than its aging predecessor with more modern LED headlights flanking a wide chrome grille lending it an upscale look.

Aside from showing us the more appealing front fascia and the multi-spoke design of the 22-inch alloy wheels, Infiniti is also revealing the door panel bathed in beige leather.

Infiniti isn’t saying when it will host the U.S. debut of the QX80, but it could occur in January 2018 at NAIAS in Detroit. Meanwhile, the big SUV will debut on November 14 in Dubai. 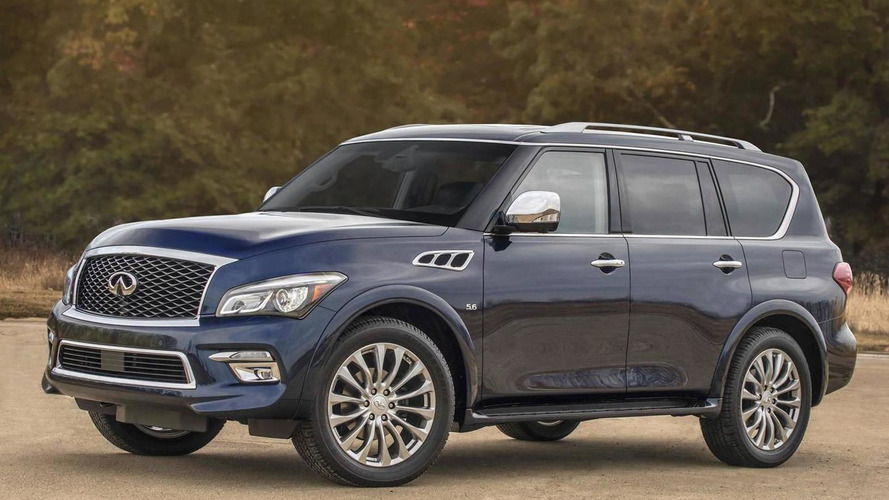