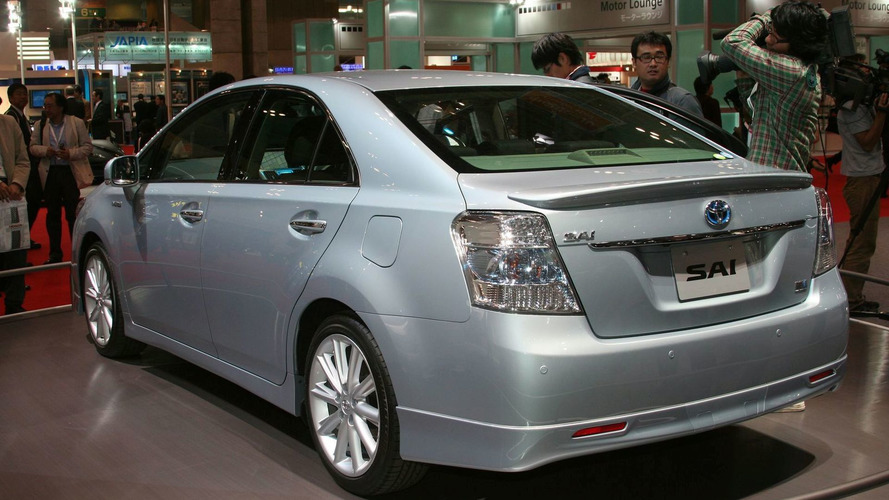 We have live photos and details about the small, luxury Toyota Sai hybrid.

The hybrid moves thanks to a 2.4-liter petrol engine and a powerful electric motor which combine for up to 185 horsepower.  Each of the two are also fully capable of running the car on their own, with the engine and motor respectively producing 150 hp and 140 hp.  The motor runs on a nickel-metal hydride battery pack.

A small luxury sedan at heart, the 2010 Toyota Sai will come standard with a 10-speaker audio system controlled by the in-dash infotainment unit.  This includes a retractable LCD touch screen and HDD navigation.  A tracking device with buttons is also mounted on the wheel, so the driver never has to move his hands.

Exterior lighting, front fascia, rear doors, and windows have been modified to differentiate the car from the Lexus.  The interior includes redesigned air vents, gauges, and wheel.