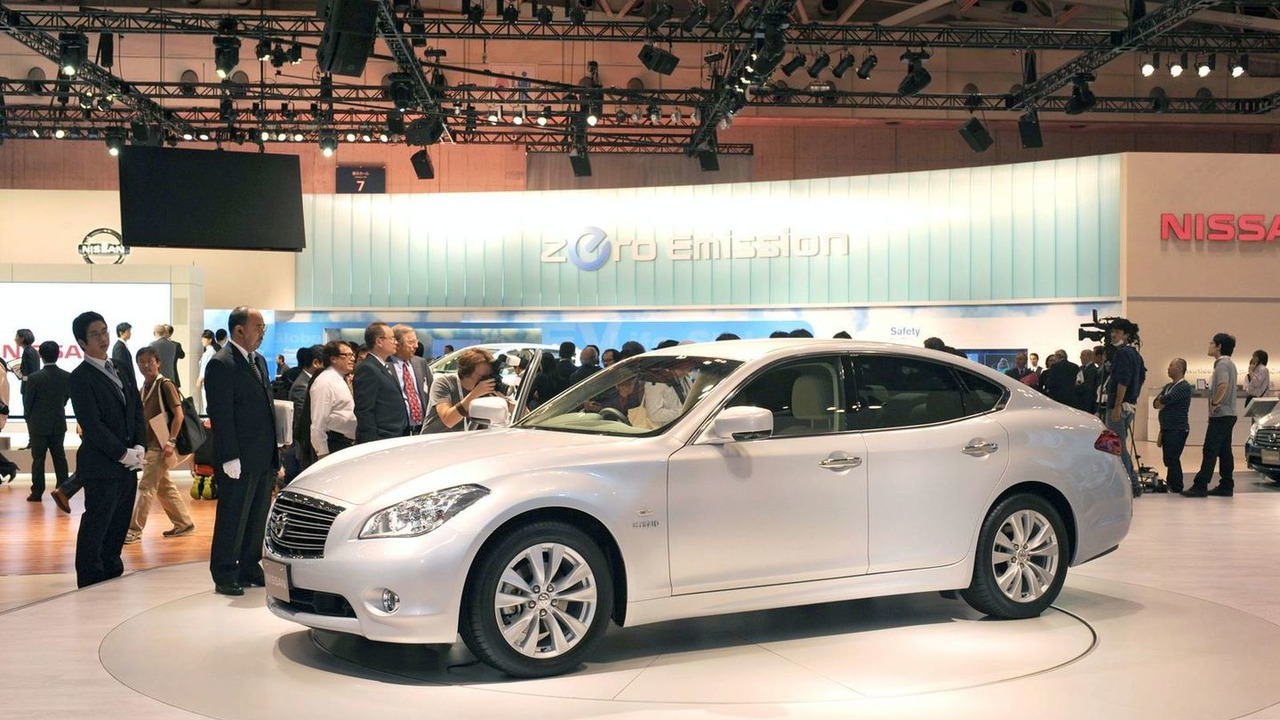 Nissan has unveiled the redesigned 2010 Fuga (aka Infiniti M) at the Tokyo Motor Show.

The sleek luxury sedan will be powered by two different V6 engines, a 2.5-liter and a 3.7-liter with 328 hp. Eventually, Nissan will launch a Fuga Hybrid with a 3.5-liter V6 and an electric motor. According to Nissan, the hybrid has "a single electric motor/twin clutch arrangement. Innovatively, the first clutch is installed between the naturally aspirated 3.5-liter V6 and the electric motor. The result of this configuration, where all components act on a single prop shaft to the rear differential, is a consistent driving feel under all conditions with linear performance and the ‘direct responses' that the engineers sought."

Packed with the latest technology, the Fuga boasts Double Piston Shock Absorbers (with variable damping) and an Intelligent Transport System, which alerts the driver about upcoming obstacles via the navigation system. Other goodies include leather upholstery, wood trim, and an odor suppressing climate control system.

Look for the new Fuga to start arriving at Japanese dealerships later this year.