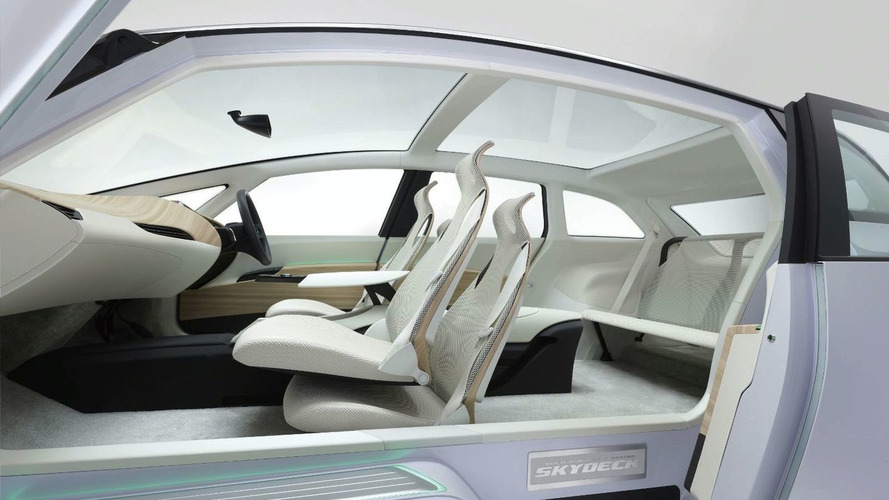 We take you in, out, and around Honda's latest concept: the Honda Skydeck hybrid.

Honda unveiled a new six-seater hybrid design study yesterday at the Tokyo Motor Show.  The Honda Skydeck is a 4.6-meter long MPV is meant to have a "sporty and clean design," while providing a large amount of cargo space.

The interior features a fold-down third-row bench seat, giving what appears to be an excessive amount of space.  Second-row seats are able to slide forward and back with motorized controls to further maximize space.  The "next generation instrument panel" and steering wheel juts out only in front of the driver, meaning the front passenger gets a bit more space.  Meanwhile, everybody in the front two rows will benefit from the huge dual-pane sunroof.  Unfortnately, this does not fully extend over the third row.  Front scissor doors and rear sliding doors provide easy access to the vehicle.

Exterior stying is kept sporty thanks to the low floor and wide stance.  Instead of looking like a conventional wagon, the roofline flows easily into the rear spoiler.  What is unrealistic about the car is its steeply raked windshield.  Despite this, the front fascia has an interesting look, thanks to the bulging hood, slanted headlights, and honeycomb grille.  Cameras replace the side mirrors, which are raised up higher than normal.

Although Honda officials have stated there are no plans for production, rumor has it the Skydeck previews the next generation FR-V MPV.

The Honda Skydeck concept will be on display throughout the duration of the Tokyo Motor Show.

Our apologies for the lack of sound in the video above.