New VW Polo-Based Virtus Sedan Will Be Released In January 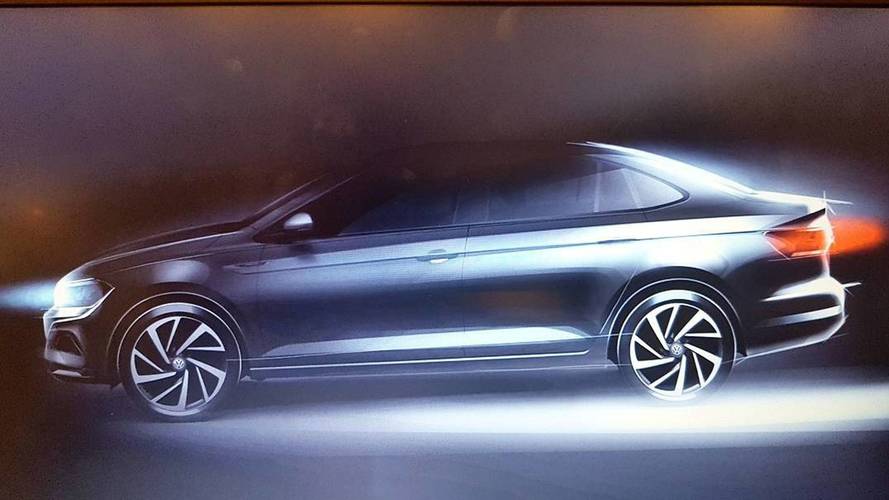 This is our first look at the upcoming new four-door.

The new president of Volkswagen Brazil has barely been in the office for a week, but already the CEO is getting to work. According to an executive within the company, the Virtus – a sedan based on the new Polo – will be launched in the Brazilian market in January 2018. The information was released by journalist Fernando Calmon on his Instagram page, along with a teaser showing the profile of the car.

The new sedan was confirmed for the "first quarter of next year," and will be introduced only three months after Polo. The Polo hatchback was unveiled the last week of September. Both cars will use the same MQB-A0 platform, and that same platform will eventually give birth to an upcoming pickup that will compete with Fiat Toro, and a compact SUV called the T-Cross.

Information on the sedan is still well under wraps, but already we know that it will have a wheelbase about 5 inches longer than the Polo, staying at 8.53 feet (2.60 meters) overall. It will be equal to the hatch in both equipment and finish, with the exception of the engine. While the hatch has an entry 1.0-liter naturally aspirated engine capable of producing 84 horsepower (62 kilowatts), the Virtus will be available with a base 1.6 MSI good for 117 hp (87 kW).

Although the company is trying to hid the sedan's final look, we've already seen it in leaked photos without camouflage (above). The rear is high and has a kind of "spoiler" on the plate. The taillights are long and go from the top of the trunk to close to the C column. The front fascia is the same as the Polo, with the same design updates as the European hatch.

The leak shows two versions of Virtus, one is the entry-level 1.6 (without a surname like Trendline), which comes with 15-inch steel wheels with hubcaps, and no fog lights. In the other photo is the top-of-the-line model, indicated by the use of 17-inch alloy wheels and chrome detailing on the window frame and bumper. As in the Polo hatch, the Virtus will feature the 1.0 TSI of 128 hp (95 kW) and in two finishes.

With no published prices, the expectation is that it will start below R $ 60,000 ($18,880 USD), to stay in the same price range as rivals like the Chevrolet Cobalt and Honda City, in addition to having a good distance from the Voyage, which will lose the more expensive versions and will continue on as the brand's entry sedan.