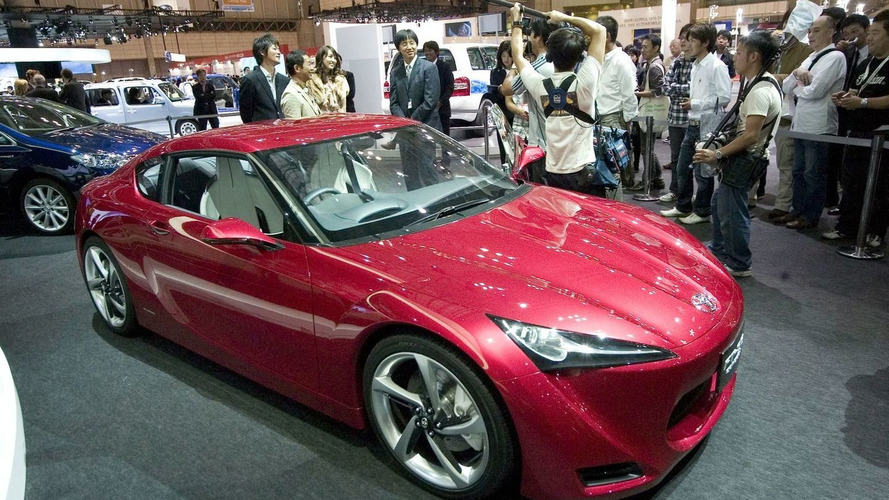 Toyota has officially unveiled the sexy FT-86 Concept at the Tokyo Motor Show.

Designed to preview the jointly developed Toyota/Subaru sports car, the FT-86 features sleek styling and a compact design. According to Toyota, the concept "embodies speed and the excitement of driving that give cars their appeal as well as environmental performance."

While the company declined to release additional information, the concept is powered by Subaru's 2.0-liter naturally aspirated Boxer petrol engine. It is expected to produce between 160 and 200 hp. Other performance goodies include a six-speed manual transmission, ADVICS brakes, and rear-wheel drive.

Our apologies for the lack of sound in the video above.