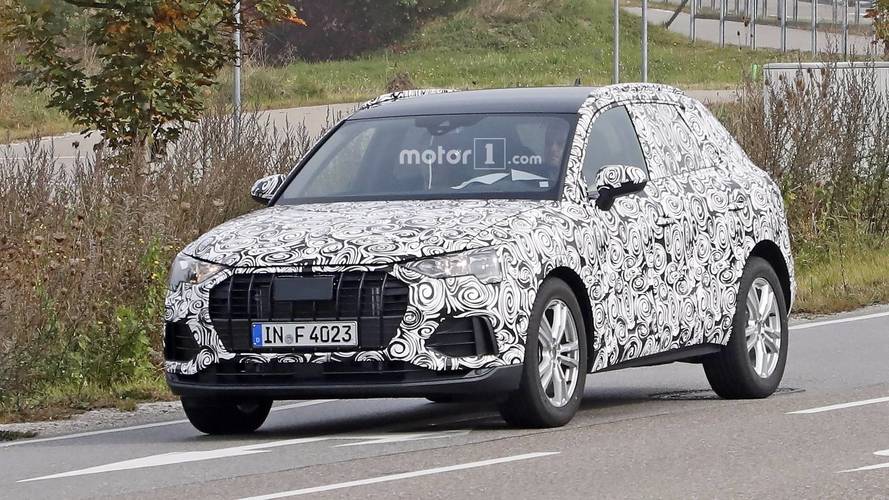 Unlike the current Q3 built by SEAT in Spain, the new one will be made by Audi in Hungary.

Originally released in 2011, the Audi Q3 is no doubt beginning to show its age even after receiving a couple of facelifts during its life cycle. It rides on old underpinnings sourced from the PQ35 and PQ46 platforms, so it’s high time for an overhaul in terms hardware, design, and technology. Our spies have snapped pictures of the all-new Q3, though at a first sight some would be tempted to say it looks a lot like the crossover available today in Audi’s showrooms.

Trust us when we say there are quite a few styling changes, beginning with the front fascia where the headlights have a different shape and seem to extend on the outside corner toward the bumper like they do on the E-Tron Quattro concept. Speaking of which, the expansive singleframe grille also looks like it was sourced from the electric crossover.

The side profile is probably the best angle to show the new Q3 will be a tad larger than the outgoing model as a way to distance itself from the Q2, which is currently serving the role as Audi’s entry-level crossover. Another noticeable change is the location of the mirrors, now sitting lower on the doors rather than being positioned right next to the A-pillars. While we can’t see quarter windows on this particular prototype, maybe it’s because the camouflage is playing tricks on us as the fixed glass area could still be there.

Moving at the back, the roof-mounted rear spoiler appears to stick out more than before and the taillights are sliced through the middle by the new outline of the tailgate, which might be narrower. That could mean loading and unloading luggage will prove to be a more difficult task than before, but even so the opening should be wide enough for most people.

By switching to the MQB platform, the 2018 Audi Q3 will likely lose a serious amount of weight despite growing in size. On the inside, the increased footprint will pay dividends in terms of the amount of available space, not just for the passengers, but also for their cargo. The Audi Virtual Cockpit will certainly be offered considering the smaller and cheaper Q2 already has it as optional equipment.

In regards to the oily bits, MQB means there will be a vast array of three- and four-cylinder turbocharged engines for the regular models. The range will be topped by an RS Q3 with a larger five-cylinder 2.5-liter mill borrowed from the RS3 Sportback & Sedan 400-horsepower dynamic duo. A plug-in hybrid powertrain adapted from the A3 E-Tron is likely in the offing and there could also be a fully electric derivative further down the line with hardware sourced from the Volkswagen e-Golf.

Audi hasn’t said a word about when it will reveal the new Q3, but we do know for sure it will hit the assembly line sometime in 2018. Production of the luxury compact crossover will be moved from SEAT’s plant in Martorell, Spain to Audi’s factory in Győr, Hungary where the 500,000th car was built last week - a Viper Green TTS Coupe. At the same facility, Audi will start making the sportier Q4 from 2019. 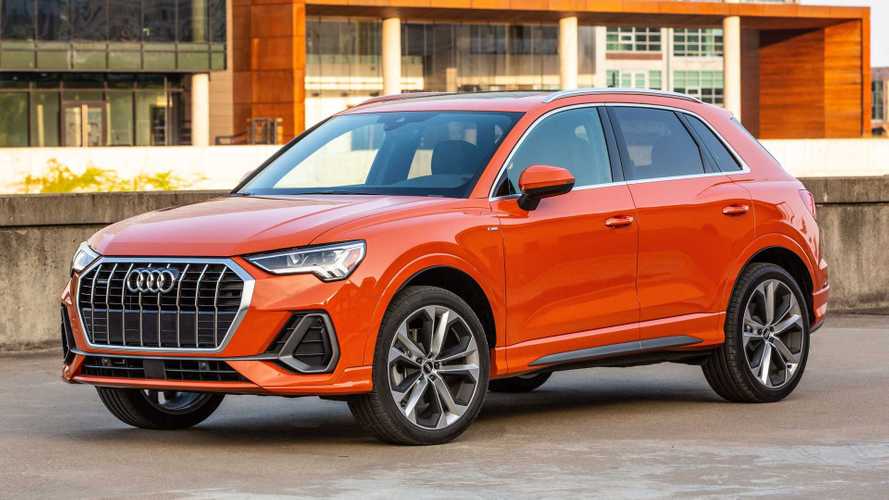