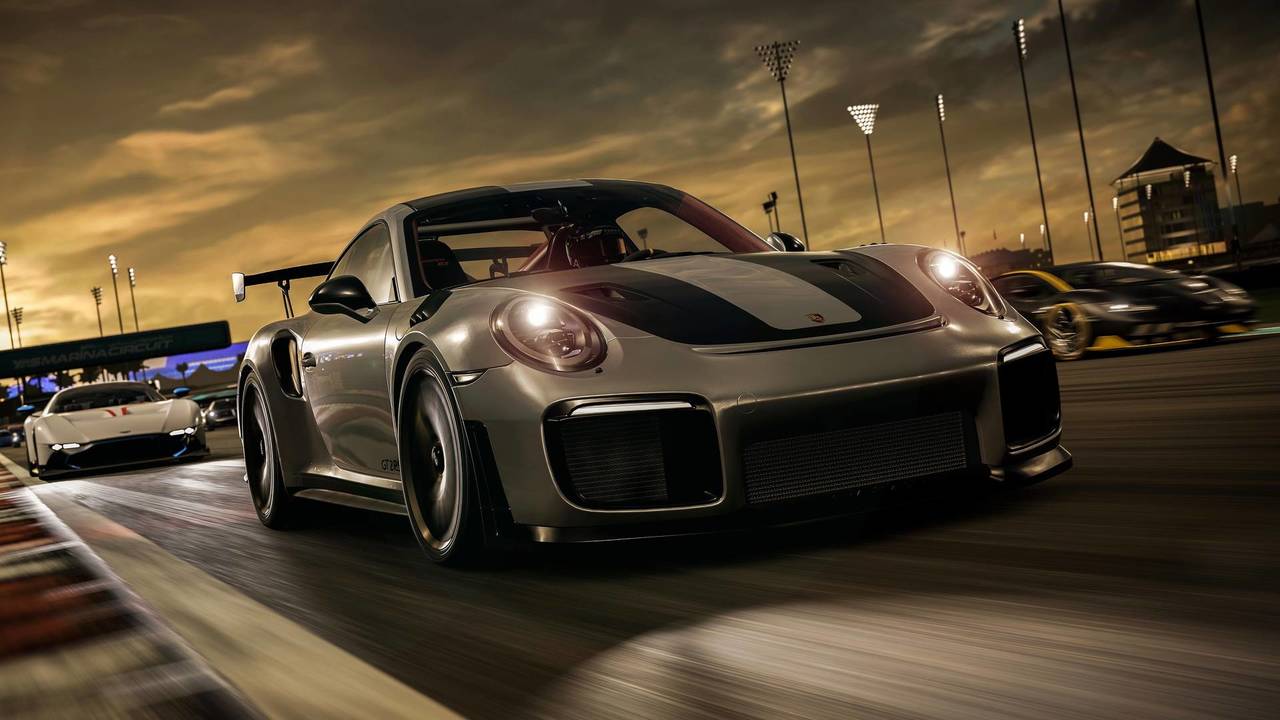 From hot hatchbacks to racing trucks, Forza has it.

The core of FM7 is the vast array of cars you can collect. There are over 700 of them, ranging from run-of-the-mill to Formula 1 cars. The huge diversity means there's something for everyone, even those partial to racing trucks. However, unlike its predecessors, Forza 7 doesn’t give you access to everything all at once. If you want that Porsche LMP1 car, you need to earn it. No amount of in-game cash will help you.

Once you obtain your new pride and joy you can really make it your own. An extensive parts bin allows you to tune the car while real gearheads will love the detailed setup menu. Camber, ride height, tire pressure, damper stiffness, wing angle, brake bias. The list goes on.

Pretty in pink? Yeah, if you want. Further customization comes in the form of the paint shop where you can paint every pixel of the car if you so wish. Our talents only extend to racing stripes, but some gamers have created photorealistic works of art. You can view and use other such designs if you lack the patience to make your own.

It’s not just the cars that impress – 32 tracks, many world-famous, have been created in stunning detail. In most scenarios, the Forza team laser scanned the track to recreate every bump and pothole you would actually encounter on circuit like the infamous Nürburgring.

Something that has been a long time coming is dynamic weather. Gran Turismo and other rivals have been simulating the heavens opening for a while now, and at last Forza Motorsport does the same. The cars look glorious with beads of water running down them, while the puddles and rivers that form on track present a new challenge.

Forza Motorsport has always struck a good balance between arcade racer that you can play from your bed and simulator geared for steering wheel setups. Its breadth of ability comes from the vast array of settings that can aid a novice by suggesting where to brake or simulate tire degradation and deformation for the hardcore. Forza 7 continues to make the series accessible to all skill levels.

The core of Forza Motorsport 7 is the single player mode that sees you progress through a multi-discipline championship. This encourages you to collect a wide range of cars, especially as more become available dependant upon the notoriety of your garage. It’s an addictive campaign.

Any gripes? Not many, but things like occasionally dim-witted AI and long loading times do take some of the shine off. We’re also not so keen on the Loot Crate concept. In a nutshell, these crates can be bought and contain everything from prize bonuses to new cars. To the casual player it’s a novel way to progress faster, but to those who want to play the game in a more realistic fashion it comes across as a cheeky leg-up.

Xbox Live multiplayer opens up the grid to real people playing the game all over the world. You will encounter a wide range of skill levels, some more challenging than others, but beating a real human opponent is much more rewarding than an AI.

Being connected with others also allows you to sell your car in an online auction house, share in-game pictures and take part in racing leagues.

Forza Motorsport 7 is an addictive blend of car collecting and racing. Beautiful visuals, only set to get better with the introduction of the powerful Xbox One X, illustrate an almost tangible high octane world.