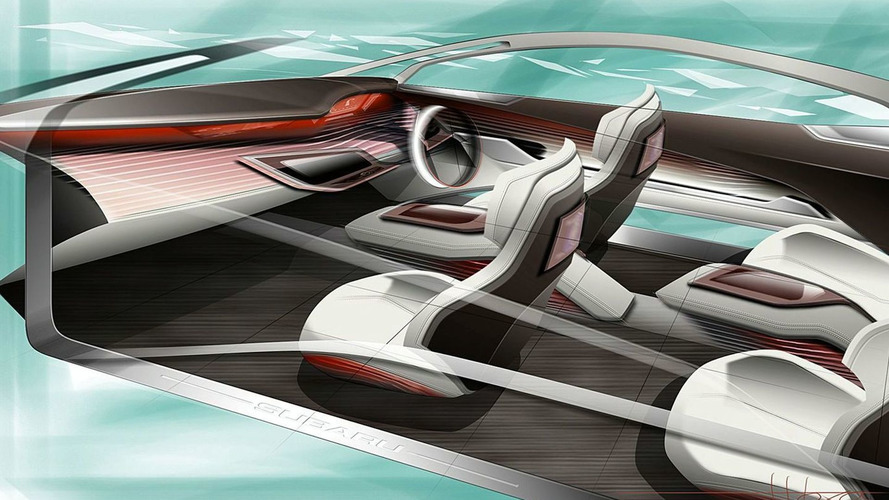 The Subaru Hybrid Tourer Concept with gull wings has been unveiled at the 2009 Tokyo Motor Show. The powertrain includes a 2.0-litre turbo petrol, two electric motors, a lithium-ion battery and a CVT transmission.

Subaru is going clean. After years of high-performance Impreza STIs with their low fuel efficiency levels the company has decided to join the future. The Hybrid Tourer Concept first came to light a few weeks ago and is hailed as an antidote to Subaru's gas guzzling speedsters.

It is powered by a direct injection 2.0-litre turbo boxer engine mated to two electric motors located at the front and at the rear. These produce 10kW and 20kW respectively. The front motor runs the electrics while the rear one powers the vehicle when the engine is not needed. Both motors source their own power from a lithium-ion battery. Even more efficiency is garnered through regenerative braking and a start/stop programme. Running all four wheels is Subaru's Lineartronic Contiuously Variable Transmission (LCVT) system.

A recent rumour by AutoExpress said this car will give birth to a modern SVX sports coupe, a performance Subaru from the early 1990s.

Visitors to the 2009 Tokyo Motor Show can get up close with the gull-winged Hybrid Tourer over at the Subaru stand.