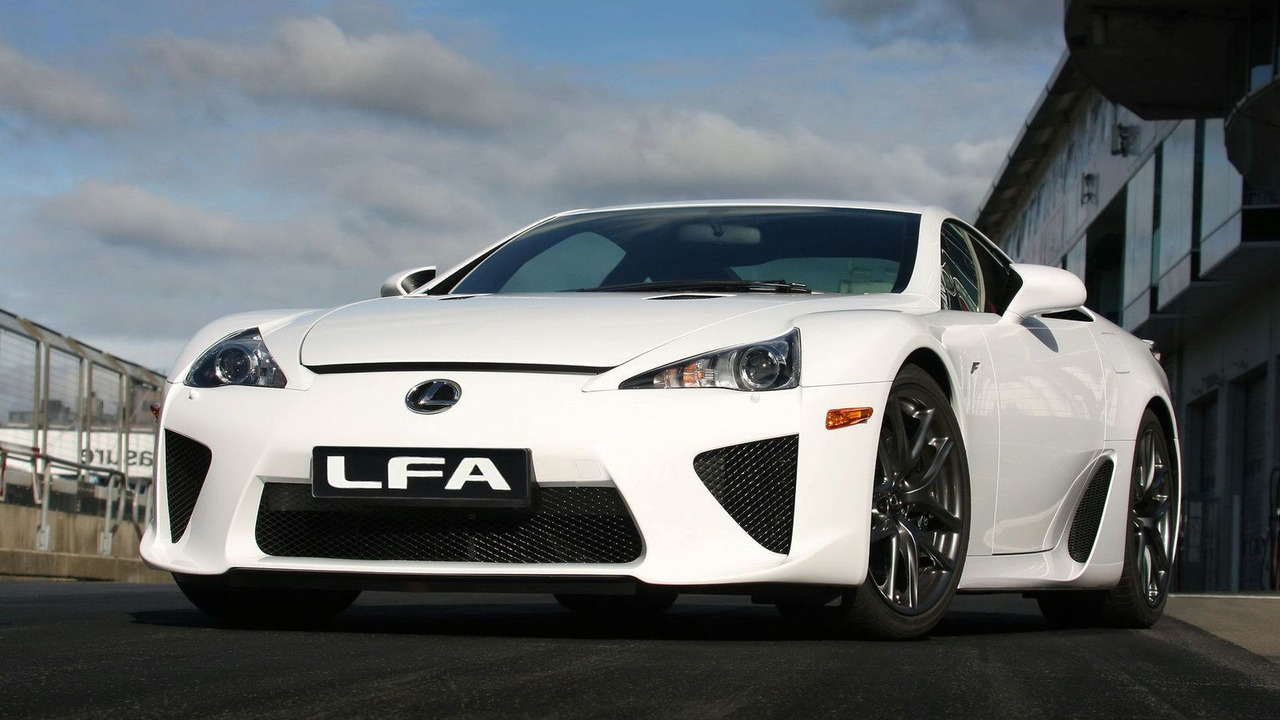 Official pictures and details of the Lexus LFA supercar are now available. The LFA is currently on display at the 2009 Tokyo Motor Show.

Following years of speculation, some extensive spy material and several leaks, Lexus has finally unveiled its very first supercar. A prototype of the two-seat LFA is now on display at the 2009 Tokyo Motor Show.

Official details reveal some stunning figures which give meat to recent videos. The sound heard on that video is partly because of equal-length exhaust manifolds mated to an equal-length dual exhaust system and routed through a multistage titanium main muffler. The LFA is indeed powered by a naturally aspirated V10 displacing 4.8 litre (4,805cc). Thanks to its aluminum alloy, magnesium alloy and titanium alloy construction it is actually lighter than a normal V8 engine.

Maximum power is an assuring 412kW (560hp) made at a screaming 8,700rpm while peak torque is 480Nm at 6,800rpm. Ninety percent of torque is available between 3,700rpm and 9,000rpm. It all goes to the rear wheels via a 6-speed ASG transmission featuring heavy-duty synchronizer rings and a newly developed gearshift actuator. A 0-100km/h time of 3.7 seconds is claimed while top speed is 325km/h (202mph).

The relatively low weight of 1480kg (3,263 lbs) was achieved through measures such as carbon fibre reinforced plastic (CFRP) cabin, said to be 100kg lighter than an equivalent aluminium one. Total vehicle length is 4.51m, width is 1.90m and height is a midget-sized 1.22m. It features a double wishbone front suspension and a multilink system at the rear. Brakes are carbon ceramic material to make stops as quickly as possible. The LFA gets 265/35ZR20 (95Y) front tyres and 305/30ZR20 (99Y) types at the back.

Aerodynamic elements include a flat underbody, a rear diffuser and a speed-controlled rear wing. The interior can be custom-tailored to suit buyers' needs while showing off a very high-tech instrumentation design.