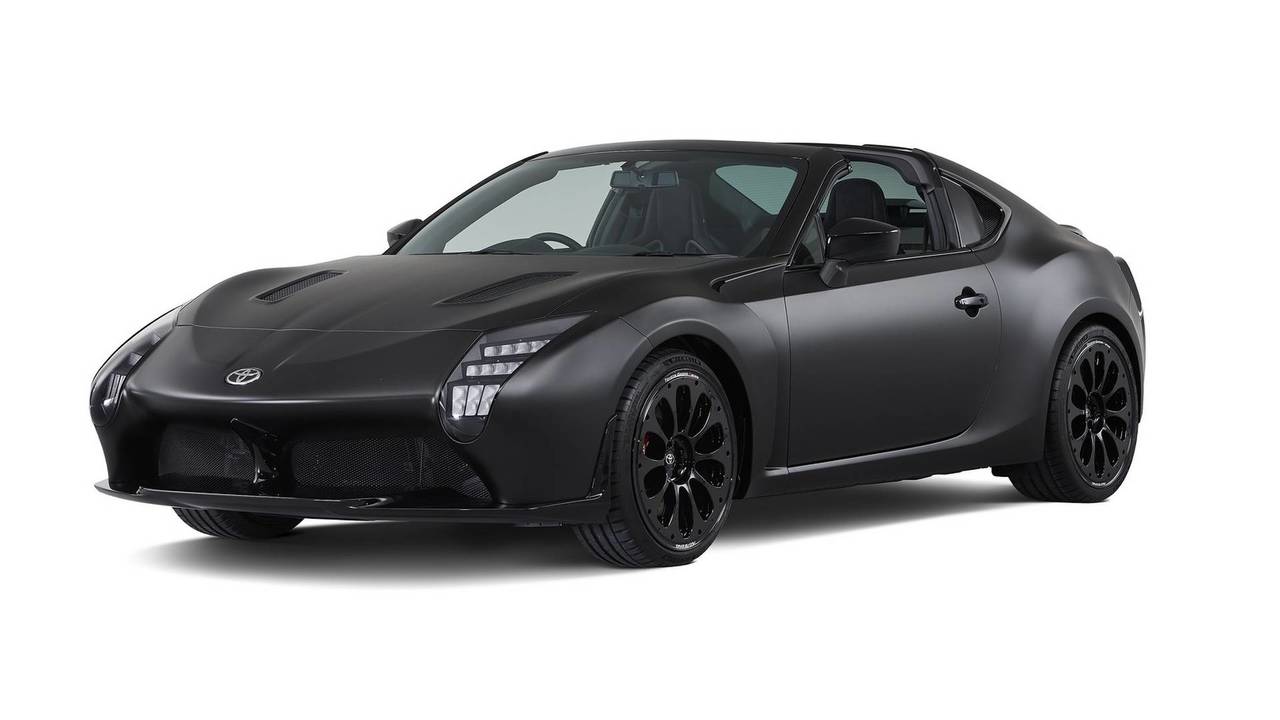 The all-black two seater could serve as a preview for the next-generation 86.

Toyota’s newly founded GR sports car range of production models will be joined by a showcar later this month in Tokyo where the GR HV Sports concept will receive its public debut. A two-seater performance car with a front-mounted engine driving the rear wheels, the targa-roofed model takes after the TS050 Hybrid race car when it comes to the design. The most obvious connection between the two is at the front where the concept has rather unusual headlights with stacks of LED clusters: two horizontal units sitting on top of three vertical ones, just like they do on the LMP1 endurance racer.

Even the design of the alloy wheels is derived from the race car and Toyota says the spoiler at the back is inspired by the TS050 Hybrid as well. Looking at the side profile of the car, it seems the concept is largely based on the existing 86, but with redesigned front and rear fascias as well as a targa configuration instead of the regular fixed metal roof. As a side note, Toyota also explored the idea of a convertible 86 a few years ago when it unveiled the FT-86 concept, but that never made it to the assembly line.

Featuring a menacing matte black appearance, the new concept has hood vents to cool down the combustion engine part of a hybrid powertrain developed using knowledge gained while engineering the TS050. The engineers have installed the battery pack near the center of the vehicle for better weight distribution to boost handling and make the car more fun to drive.

To fire up the car, the driver has to use the cool push button ignition switch located on the shift knob. The car comes with an automatic transmission, but drivers have the chance to select a manual-style 6-speed mode with an H-pattern.

Toyota will have the GR HV Sports concept on display at the Tokyo Motor Show from October 25 and it will also exhibit the next-gen Century flagship sedan together with a near-production concept of the new Crown.

Toyota City, Japan, October 6, 2017―Toyota Motor Corporation (Toyota) is set to unveil the GR HV SPORTS concept car at its worldwide premiere at the 45th Tokyo Motor Show 2017*, taking place from October 25 through November 5 at Tokyo Big Sight. The GR HV SPORTS concept represents a new way to enjoy cars by integrating the thrill of a sports car with the environmental friendliness of an eco-car.