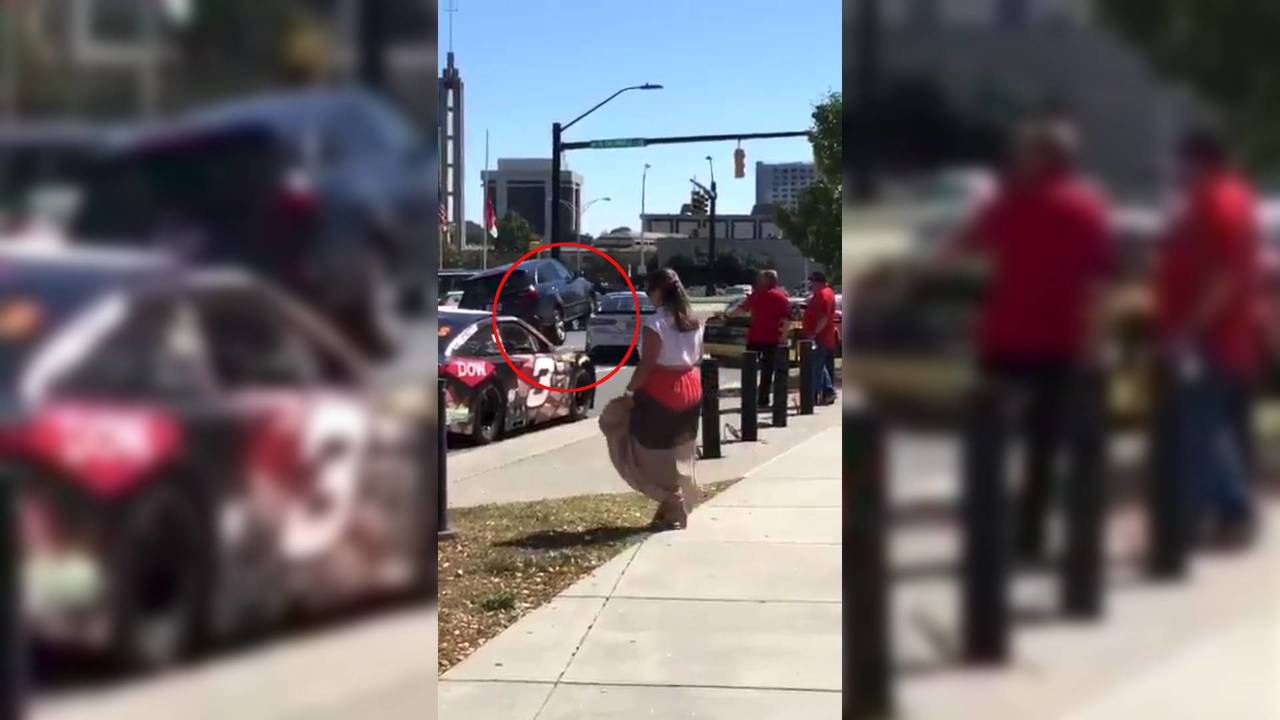 No injuries, no major damage.

This weekend, the Monster Energy NASCAR Cup Series will visit Charlotte for the Bank of America 500 race, which could “make or break drivers’ championship dreams,” according to the organizers. But a couple of days before the actual race, NASCAR took the streets of North Carolina’s largest city to promote the upcoming event.

Unfortunately, not everything went on plan, as a driver of a black Acura MDX, probably distracted by the show cars parked on the Martin Luther King Jr. Boulevard, collided with a NASCAR vehicle. Apparently, the street was not closed for public traffic, as an officer was only directing and slowing passenger cars around the show vehicles.

The SUV broadsided the Toyota Camry show car and drove over its front-left wheel arch for a moment, before jumping back down on the ground on its wheels. The driver of the street car reportedly got a ticket for negligence.

Thankfully, judging by a video of the accident and its aftermath, the crash was at relatively low speed and no one was injured. As far as we can see, the damage on the Camry is not major, but that didn’t stop some NASCAR drivers to have fun on Twitter.

The moment of the crash was captured on camera by CBS affiliate WBTV News photographer Shaun Donithan and sports reporter Ashley Stroehlein.