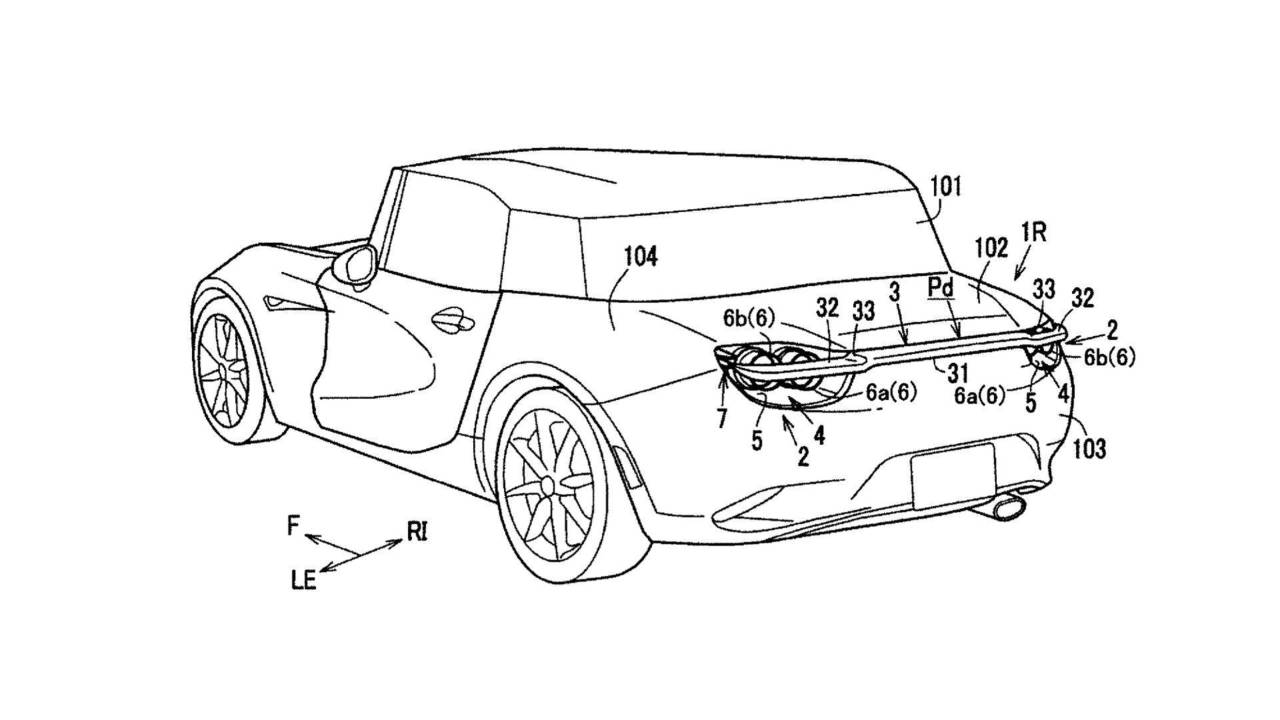 This tech would look great on the RX-9.

Mazda has a pair of new patents that describe how to implement an active rear wing that hides in a recess in the taillights when not in use. While deployable aerodynamic devices aren't new, the Japanese automaker's idea would extend outward and upward rather than just rising from the tail.

Mazda sees these patents as a method of reducing turbulence at the rear of a vehicle and an improvement in a model’s aesthetics by hiding the wing when it’s not necessary. This wing would span the entire length of the vehicle’s rear, and the edges would run past the taillights. The thin portions in the corners shouldn’t overly obscure the lamps, though.

A powered arm would control the wing’s movement in and out of the recess, and system would be able rotate it upward, too. This apparatus would be largely hidden, even with the wing at the maximum deployment. In the fully extended position, the wing essentially lengthens the vehicle, and the upward slant would increase downforce.

The two patents focus on different elements of this idea: the recess in the taillights and the deployable wing. However, since these elements work together, the filings overlap in how they describe the tech.

This patent would seem perfect for a stylish performance vehicle, and it appears that Mazda is already toying with the idea of how to implement this idea. Compare the images in this filing to the rear end of the RX-Vision concept. They feature a similar step down from the tail to the thin wing that runs across the rear. It’s quite easy to imagine this piece extending outward and upward for making subtle tweaks of the sports coupe’s aerodynamics.

We may get a demonstration of this deployable wing soon because Mazda has a revised version of the RX-Vision concept at the Tokyo Motor Show on October 25. Rumors even suggest that there’s a small chance that this gorgeous shape could arrive in showrooms.