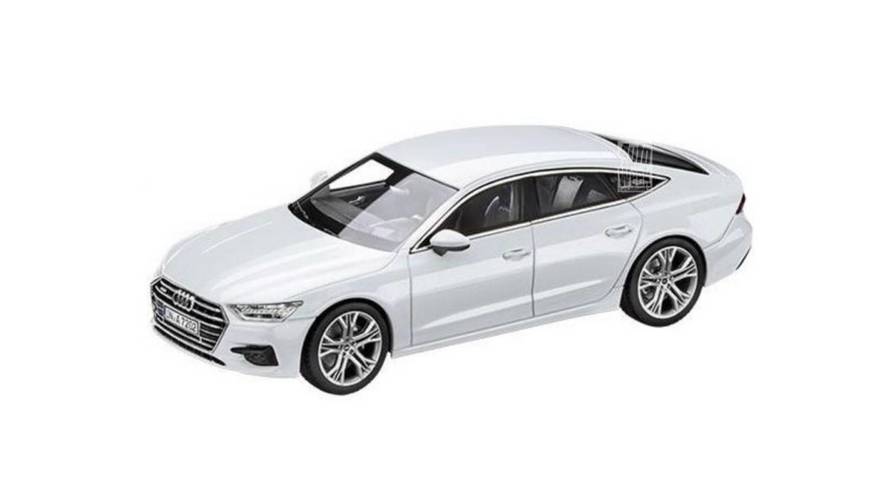 Well this is a bit awkward.

We already knew Audi was planning to unveil its new 2018 A7 Sportback by the end of this year, but somehow we thought it would be bigger than this – both the reveal and the car.

Of course, this isn’t the official reveal. For that fact, it’s not even the real car. What you’re looking at is a die-cast scale model of the new Sportback that Autoweek.nl happened upon. We don’t know exactly where they came from, but we suspect the models were not supposed to beat the real car to market.

They may be scale models, but they still give us a good look at the new A7 Sportback. Obviously the front clip is pretty much the same as the A8, but we already knew that from the spy photos we’ve seen. What the model does show us is the A7’s sculptured hood and body lines, and though we’ll need to reserve final judgement until the real car comes to light, we like what we see so far.

Once the A7 Sportback hits dealerships, performance variants should be soon to follow. We’ve seen an S7 Sportback testing at the Nurburgring a few times already, and a range-topping RS7 is said to be in the works as well – possibly as a hybrid with 700 horsepower.

Audi is aiming the Sportback at the Porsche Panamera, not to mention the Mercedes-Benz CLS and BMW 6-Series Gran Coupe. They occupy a curious niche with their hatchback designs, though all of the aforementioned automakers do their best to steer clear of the “H” word.  Despite the mini-Audi’s early appearance, we expect to see the real deal at the Los Angeles Auto Show in December. 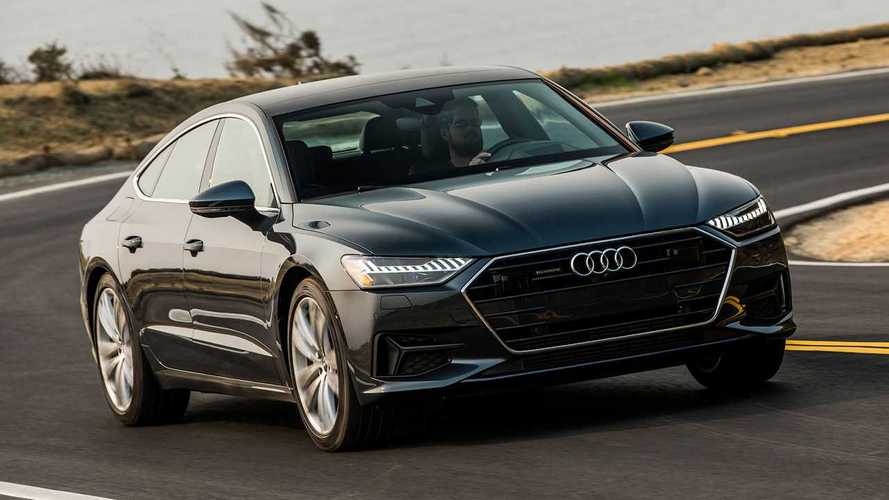