Audi A4 DTM unveiled in Geneva 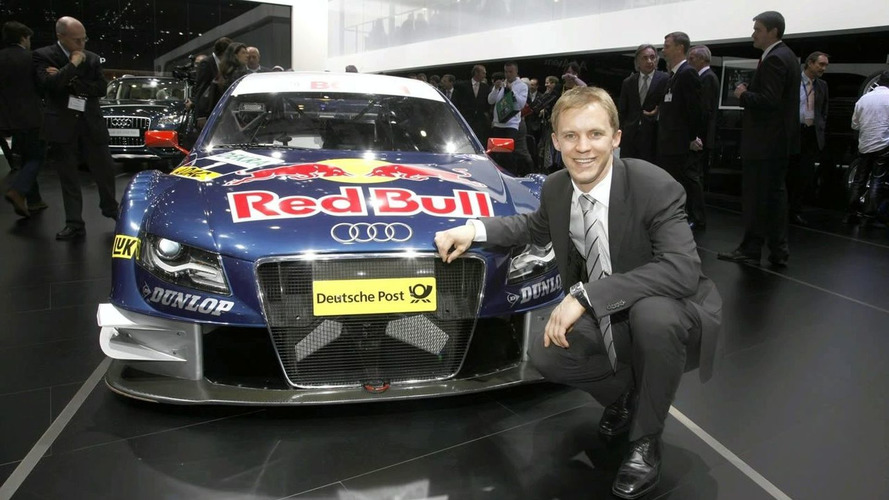 Audi DTM champion now even better, faster, lighter. The race car was unveiled at the Geneva Motor Show. It will be testing from the 10 - 12 March in Italy.

Audi’s DTM champion has gone for a revamp for the 2008 season, and can be spotted menacing at the Geneva Motor Show for its world premier. Codenamed R14, the A4 DTM has been a work-in-progress since March 2007.

Because of DTM racing regulations, Audi cannot use its FSI, Quattro or TDI technologies, but yet has found over 460 bhp out of the V8 it uses. Weight has been depleted to a minimum to ensure maximum performance. The body is made of carbon-fiber of course, and Audi’s LED daytime lights are present just as they are in the road-going version.

Differences are plenty true, one of which is the F1-like cockpit that is built for safety more than comfort. Not to say driver is uncomfortable, but at this level of competition cars are much stiffer than a monk trying to dance at a club. Mattias Ekström will test just how talented this new car is in only a matter of days when he faces up to his challengers.