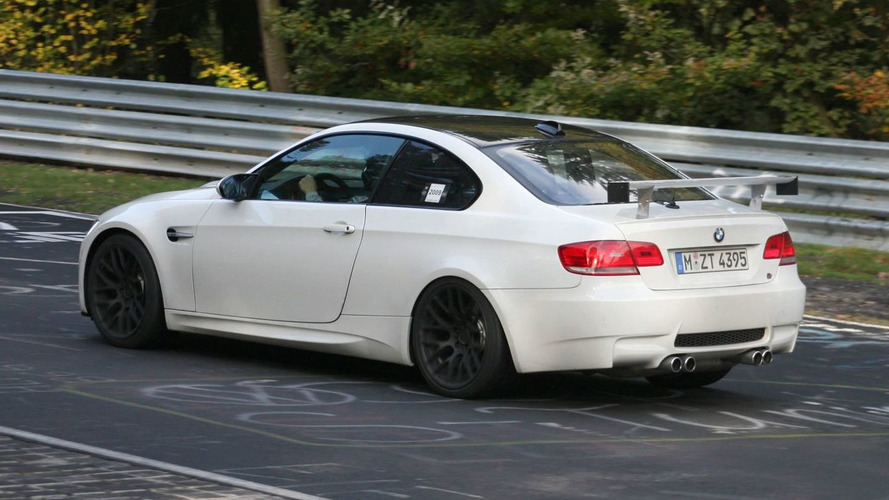 More pictures and a video featuring an unidentified BMW M3 going around the Nurburgring have appeared. A new clue now appears on the car itself.

When the mystery BMW M3 came out to play again our spies were there, camera in hand. They even managed to take this scintillating video of the car lapping the ‘Ring at a rapid pace. Previous thoughts ranged from the car being a possible CSL version (despite BMW's consistent denials of such a car) to a possible GT4-based road car or a Competition Pack known as the CS in some markets. WCF reader comments are also varied with one even suggesting a next-generation M V6 biturbo being tested in the current body.

We still don't know for sure but another clue jumped at us while examining the new photos. A small KW Suspension badge appears on the bottom right corner of the boot lid. Since the license plates indicate the M3 is BMW-owned, it could mean the German suspension specialist is co-developing a new suspension for the M3 making the CS / GT4 theory more plausible.  Or the engineers are just trying to throw off the spy photographers.

Clearly, the M3 is riding lower than usual but the rudimentary high-flung rear spoiler, front splitter  and roll cage indicate something more purposeful. Given KW's focus on coilover systems and not necessarily the entire aero package we tend to lean towards a CS or GT4 version before accepting the possibility that it's a powertrain mule for a future M3 model.