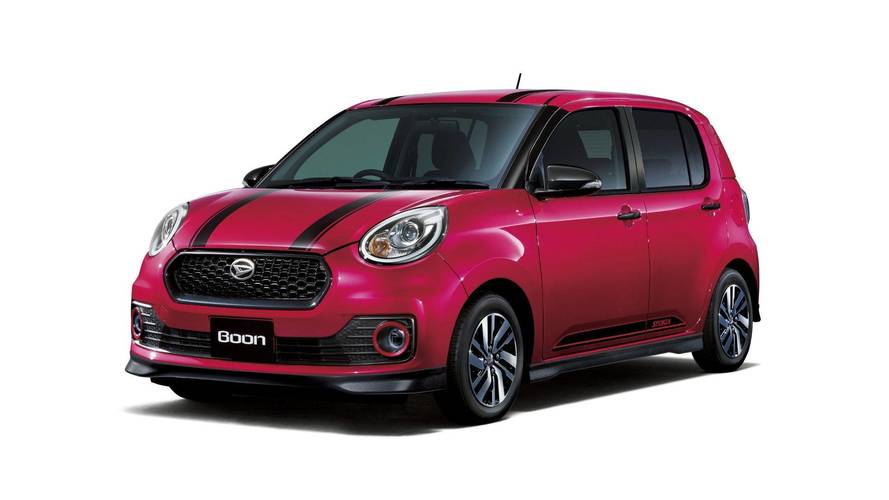 It's a limited edition version of a special model, based on the top trim level Boon.

Daihatsu has prepared a number of visual improvements for the latest generation Boon city car, which was completely redesigned and overhauled back in April last year. The Sporza Limited model is all about aesthetics and is based on the Boon Silk top trim level.

If the Sporza name sounds familiar to you, it’s probably because a similar model based on the Boon was launched in January this year during the Tokyo Auto Salon. This new Sporza Limited is a kind of a limited edition variant and will debut at the upcoming Tokyo Motor Show later this month.

The manufacturer will offer the car in two versions, depending on the color options. One is a red car with black contrasting elements and the second one is a black car with contrasting red details. Both they get two stripes on the hood and roof, combined by another decorative strip above the side sills. The side mirror caps, fog lamps rings, door handles, and radiator grille trim are all painted in the same body-contrasting color.

No mechanical upgrades are reported, which means power will continue to be provided by a 1.0-liter three-cylinder gasoline engine, sending its power to the front wheels through either a five-speed manual, four-speed automatic, or a CVT.

The standard equipment for the Boon Sporza Limited includes LED daytime running lights integrated into the headlights, 14-inch alloy wheels, fog lamps, and 2WD system. Sales in Japan are expected to begin shortly after the cars’ debut in Tokyo.