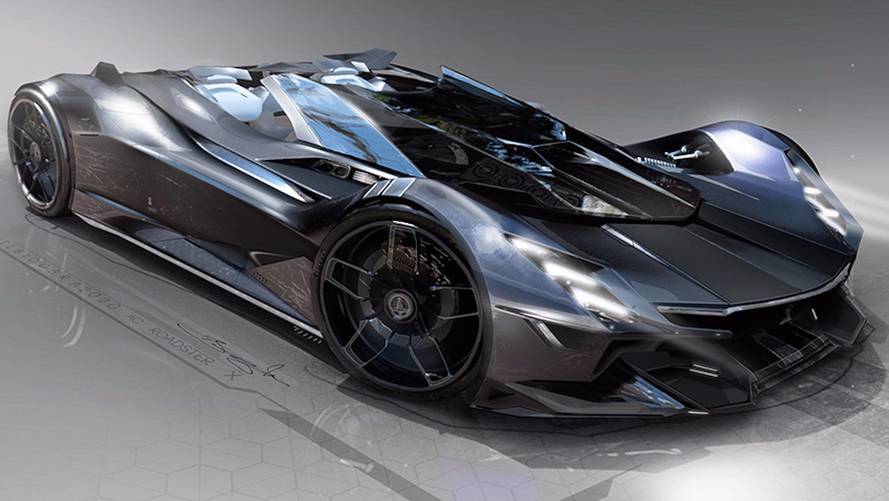 The legend is reborn.

The Shelby Cobra is an icon, there's no denying that. Introduced in 1962, the legendary muscle car transcends time with its ageless look and powerful engine, regularly fetching six figures at an auction setting. But at least one designer thinks that the Cobra, now 55-years old, is in need of a major rejuvenation.

Benjamin Hogan, an artist and designer based in Boston, Massachusetts, has reinterpreted the iconic Shelby Cobra with a fresh, futuristic look. It retains its original two-seat, open-top design, but does away with nearly all of the classic lines found on the original. And we’re not complaining.

The aggressive, angular fascia is highlighted by an open grille, sleek LED headlights, and a front splitter that nearly scrapes the pavement. Two additional vents are located at either end of the fascia, likely for added cooling. The windscreen is dramatically raked, and angled at either end; those same sharp lines and edges carrying over throughout the entirety of the body.

The angular profile gives way to an equally sharp rear. Two thinly sliced strips of LED make up the taillights, and are accented by centrally mounted dual exhaust tips, an aggressive diffuser, and a retractable rear wing. Apart from the Cobra logo mounted prominently on the five-spoke wheels, you might think this concept came from McLaren or Lamborghini.

It’s tough to try and guess what kind of engine might be under the hood, but given its futuristic look, a battery-assisted V8 may be the best choice. The two powertrains together would (hypothetically) blend the heritage of the original Cobra with the technology of today.

Whatever the case, don’t expect to see this stunning sports car on the road anytime soon. Apart from a few one-off heritage models, Shelby has no plans of reinventing the original Cobra. But we can always dream.