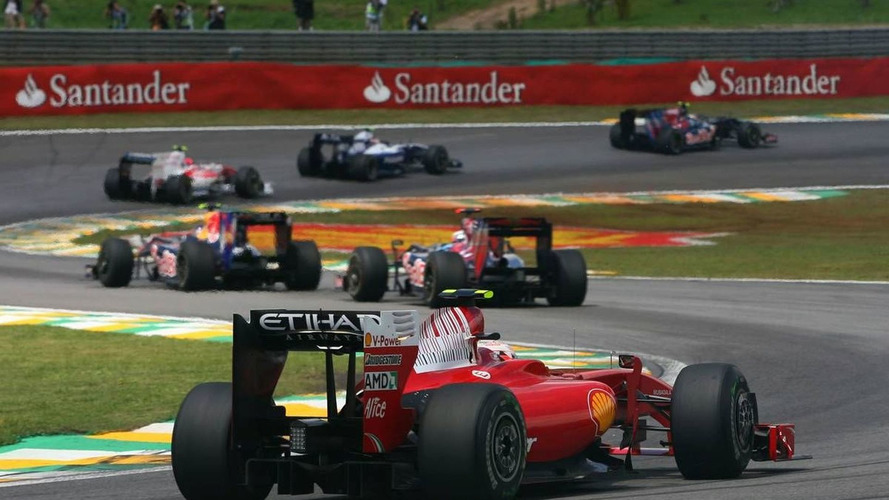 Jarno Trulli has been fined $10,000 and officially reprimanded for his behaviour after a first-lap incident with Adrian Sutil at Interlagos on Sunday.

Jarno Trulli has been fined $10,000 and officially reprimanded for his behaviour after a first-lap incident with Adrian Sutil at Interlagos on Sunday.

The Italian crashed at the start of the Brazilian grand prix after losing control of his Toyota whilst trying to pass Sutil's Force India.

Trulli, 35, was seen running from the site of his crash to German Sutil's similarly stricken car, before the pair almost came to blows.

The stewards ruled that the clash had been a "racing incident", but took a dim view of veteran Trulli ignoring marshals' instructions to leave the track and instead "aggressively confronting" Sutil.

Said Sutil: "Jarno was furious and said it was my mistake but I just told him what had happened to me."

Also fined after the Brazilian grand prix was McLaren, who must pay a $50,000 penalty for unsafely releasing Heikki Kovalainen with his fuel hose still attached during a pitstop.

Kovalainen was also given a 25 second race time penalty, but the Finn did not finish in the points.

Driving behind the McLaren at the time was Kimi Raikkonen, whose Ferrari was splashed with fuel and briefly engulfed in flames.

"I ended up with some drops of petrol in my eyes and even now they are still burning, but I'm alright," he said.