Tesla Semi May Have Been Spied Without Any Disguise 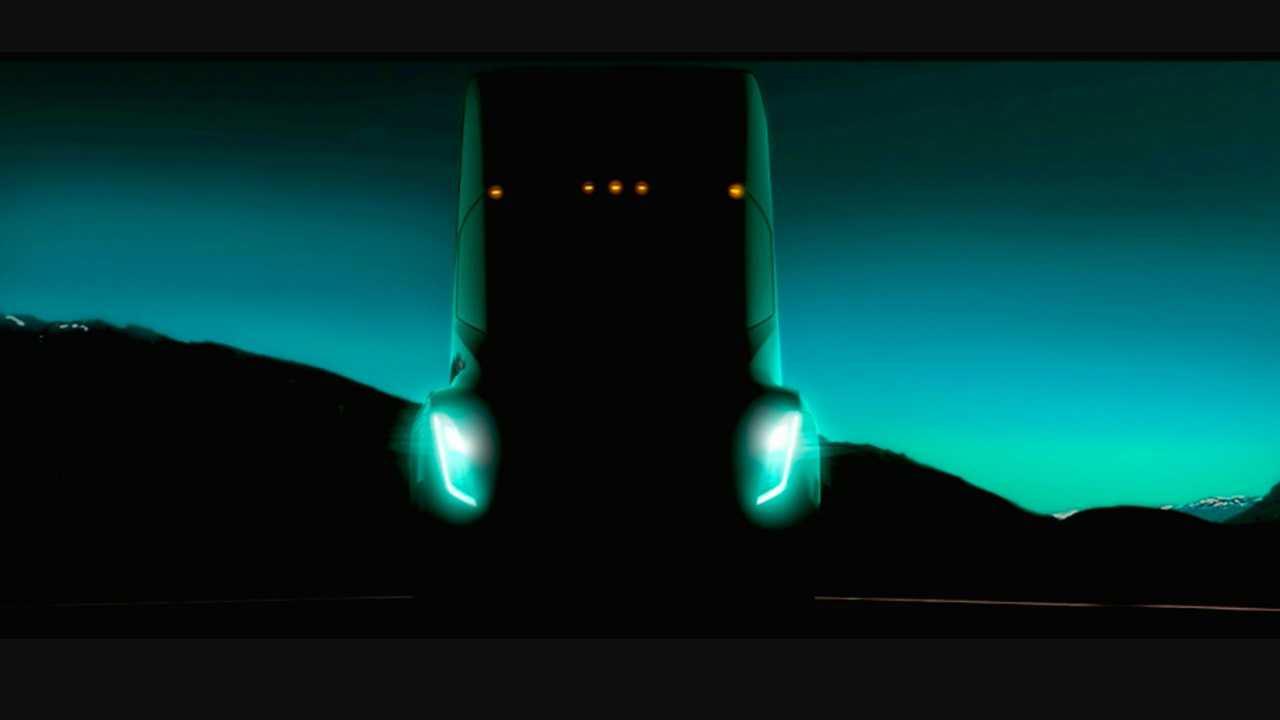 If the image is legit, the all-electric semi has a futuristic design that will make it stand out among conventionally powered rivals.

Right from the start we should point out the image attached below has not been confirmed in any way to be real by Tesla and there is a chance we could be dealing with a case of a Photoshop job. Originally uploaded on Reddit, removed, and then re-uploaded by another user, the image shows the alleged Tesla semi sitting on a tractor trailer. Teslarati says the pic could have been taken in Kern County, California on an airstrip belonging to the Inyokern Airport, which is located about 150 miles (240 km) north of Tesla’s design center.

Its sleek design does seem to match the teaser image released by Tesla towards the end of April, so we won’t be surprised if this will prove to be in fact the real deal. A closer look at the picture reveals the detachable wind deflector located behind the tractor trailer, and someone has already photoshopped it onto the semi to give us an idea of how it will look like:

The fact that it’s missing the side mirrors and door handles illustrates it is not a production-ready vehicle, but we are likely looking at most of the final design. Seeing it next to a conventional workhorse illustrates the way of the future, not just in terms of design, but also as far as the type of propulsion. Very few technical specifications are known at this point, other than the yet-to-be-confirmed range of 200 to 300 miles (322 to 483 kilometers).

October 26 will be the day when Tesla is finally going to take the wraps off its battery-powered hauler during an invite-only event set to be organized in Hawthorne, CA. Aside from getting the chance to see the zero-emissions semi, the guests will also have the privilege to take the big rig for a spin as Elon Musk has made the promise there will be test drives.