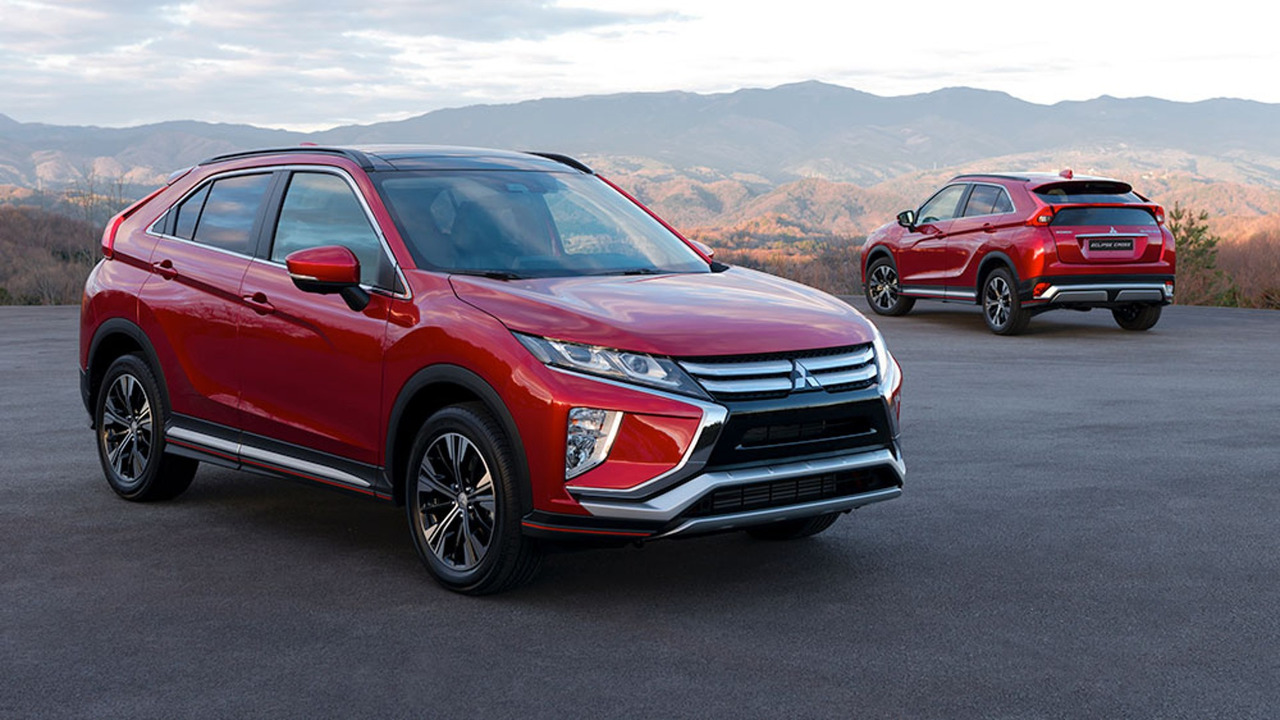 The Eclipse is back, sort of...

Having made its debut in March at the Geneva Motor Show, the all-new Eclipse Cross is now heading to dealers across Europe where Mitsubishi wants to sell 50,000 units by the end of March 2018. Production of the compact crossover has commenced at the Okazaki Plant factory in Japan, but only the left-hand-drive specification of the European model is being manufactured, with the Euro-spec RHD version to hit the assembly line beginning with November. In total, Mitsu will sell the Eclipse Cross in around 80 markets, including North America, Australia, and at home in Japan.

Available with a choice of either two- or four-wheel drive, the new Eclipse Cross features a familiar name that harkens back to the four generations of the sporty coupe sold between 1990 and 2012. It’s only the name that bridges a connection between the two as we are dealing with an entirely different proposal, one that wants to finds its place in the already hugely competitive crossover segment.

Mitsubishi will sell the Eclipse Cross on the old continent with an “all-new” turbocharged 1.5-liter gasoline engine delivering 163 horsepower and 250 Newton-meters (184 pound-feet) of torque. Buyers will get to pick from a standard six-speed manual gearbox or a continuously variable transmission fitted with a Sport mode. This type of gearbox aims to provide the packaging and running costs of a CVT with the responsiveness and smoothness of a regular automatic.

Opt for the grippy 4x4 version and Mitsubishi will also throw in three selectable drive modes (Auto, Snow, Gravel) to make the Eclipse Cross more competent, regardless of terrain. Some markets will also get a diesel engine, specifically a 2.2-liter unit adapted for the new application and hooked up exclusively to a new eight-speed automatic. Further down the line, the Eclipse Cross is also expected to spawn a hybrid version as an alternative to the thrifty diesel.

Only time will tell whether Mitsubishi’s new compact crossover – which will go on sale in Europe this winter - will be a sales success taking into account the already crowded segment with multiple offerings from just about all rival companies.

Tokyo, October 3, 2017 – Mitsubishi Motors Corporation (MMC) today began the shipment of the new Eclipse Crosscompact SUV to Europe.
The new model will be available in approximately 80 markets worldwide including Australia, North America and Japan.
The launch of the Eclipse Cross will involve the shipment of 50,000 units during the current fiscal year (ending March 31st, 2018), with the new model going on sale in Europe this winter.
Produced at Mitsubishi Motors' Okazaki Plant near Nagoya, Japan, the Eclipse Cross complements the Corporation's SUV lineup which currently comprises the ASX the Outlander and its techno-flagship, the Outlander PHEV.
The first car of the MMC’s new generation, Eclipse Cross blends sharp coupe looks with Mitsubishi Motors' signature SUV & 4WD expertise.
About European Market Eclipse Cross Specifications