After introducing the rear-wheel-drive R8 V10 RWS at the Frankfurt Motor Show last month, Audi has now been spotted testing yet another future derivative of its naturally aspirated supercar. Judging by the rear wing, it appears to be based on the flagship V10 Plus version, but with the sportiness dialed up a notch if we were to rely on the meaner rear end.

Likely visible from the moon, the fat oval exhaust tips – typical for an RS model from Audi - appear to be covering a similar set of smaller tips. Not only have the exhaust finisher changed their shape, but these are now flanking a redesigned diffuser with four vertical fins. These are all part of a new rear bumper, which appears to contain a horizontal slat on the upper section of the diffuser.

Another major change compared to the R8 V10 Plus is the continuous mesh pattern, stretching from one corner to the other, unlike on the standard model where it does not extend onto the central area where the license plate sits. This might be a sign of an upgraded engine that needs extra cooling, so the 5.2-liter FSI unit could churn more than the 610 horsepower (449 kilowatts) you get in the Plus model. We already know the engine is capable of delivering more oomph as it produces 640 hp (470 kW) in the Lamborghini Huracan Performante. 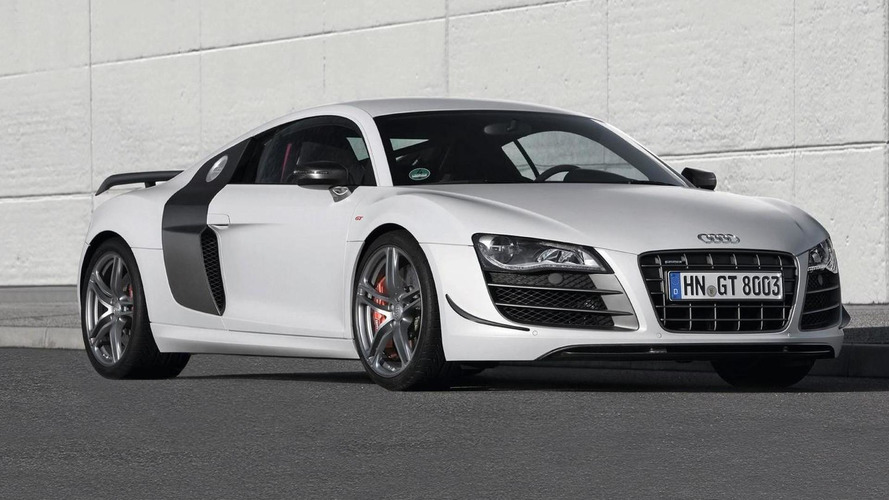 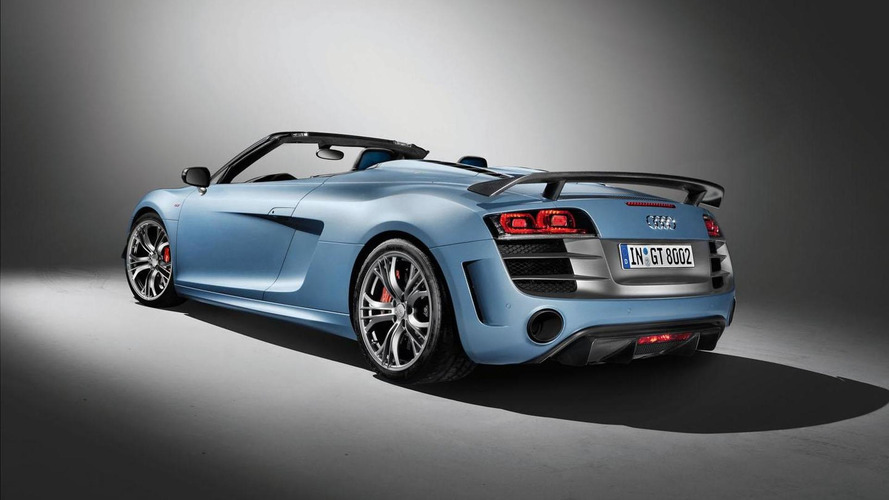 We could be looking at an R8 GT in the making, presumably a limited edition as it was the case with the namesake version of the previous generation pictured above. That one had more power wrapped up in a lighter package and was offer as a Spyder as well.

This won’t be the end of the R8’s expansion as an entry-level variant is reportedly in the works with a biturbo 2.9-liter V6 engine borrowed from the RS4 Avant and RS5 Coupe. We might see it as early as 2018.