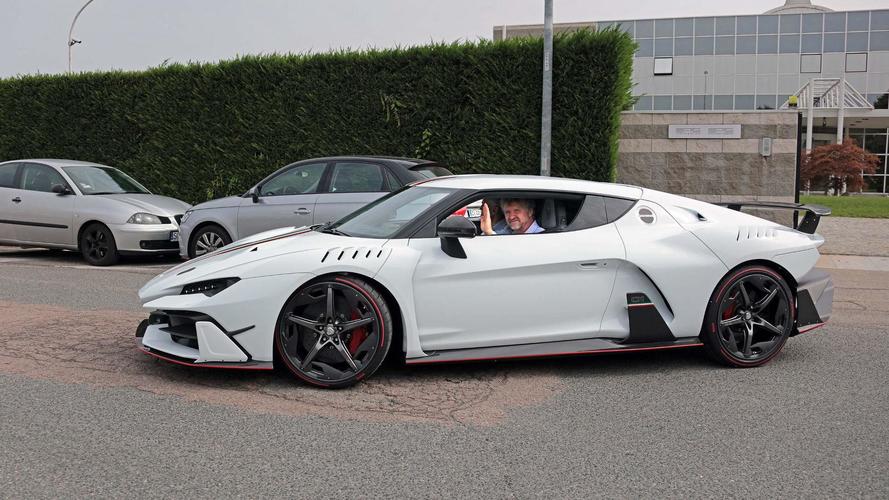 How to stand out from the crop of Huracans and R8s.

Newly founded Italdesign Automobili Speciali has important news to share as the supercar boutique has delivered the first production Zerouno. It happened recently during a special event organized right at home in Moncalieri, Italy where the company is headquartered. Steven Lismont will go down in history as the first customer and he decided to go with the exact same specification as the showcar unveiled back in March at the Geneva Motor Show.

To take delivery of his shiny new V10 machine, the “important automotive sector entrepreneur and car collector” travelled from Belgium to Turin and hopped into the Zerouno to take it for a test drive that lasted for roughly 62 miles (100 kilometers). Needless to say, he had nothing but kind words to say after spending a cool $1.6 million:

“It's a car that provides amazing sensations during sporty driving, but it's also suitable for everyday use. This combination of craftsmanship, sportiness and every day usability makes the Zerouno unique.”

Italdesign's CEO Jörg Astalosch was there to hand out the keys and was joined by members of the management team as well as by people who worked on the Zerouno project. Interestingly, Steven Lismont was actually involved in the development phase as the input provided allowed Italdesign to put the finishing touches on the high-powered AWD machine:

"His feedback during the development and production was extremely important. Based on his experience we improved the ZeroUno further. We are especially proud of the quality of its design, engineering and production, starting from the visuals, over the HMI design and functionality, to the interior material use and the vehicle performance."

As a refresher, Italdesign has already built the second car and you can have it for a hefty $3 million. Production will be capped at just five coupes and all of them have long been spoken for. At the heart of the Zerouno is a naturally aspirated 5.2-liter engine provided by Audi Sport with 610 horsepower (449 kilowatts) and 413 pound-feet (560 Newton-meters) sent to the road exclusively through a dual-clutch, seven-speed automatic gearbox.

Italdesign has said it’s talking with potential customers to figure out whether a convertible version would be feasible for a limited production run.