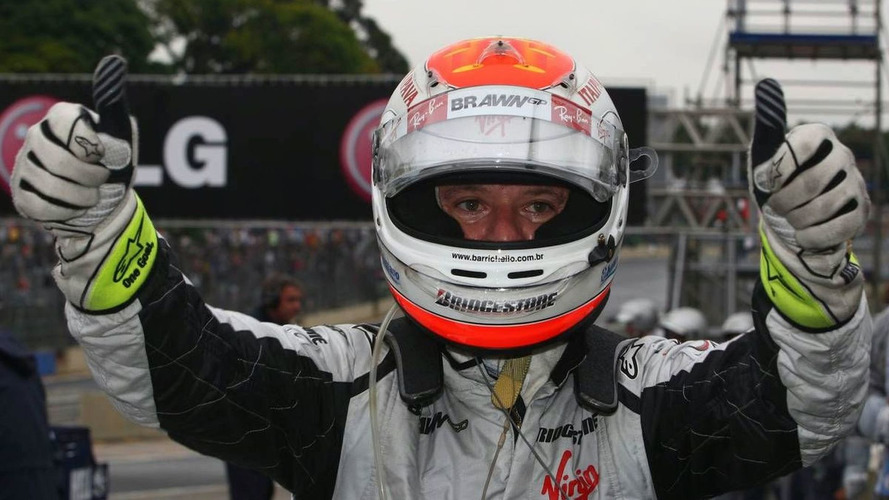 Jenson Button and his team boss Ross Brawn admitted to making a crucial strategy error, as Rubens Barrichello clinched pole in a crucial and excruciatingly-protracted qualifying session at Interlagos.

Jenson Button and his team boss Ross Brawn admitted to making a crucial strategy error, as Rubens Barrichello clinched pole in a crucial and excruciatingly-protracted qualifying session at Interlagos.

Taking more than 160 minutes to complete after lengthy rain delays, the session puts Button an awful 14th on the grid, his 14 point championship lead facing a massive reduction on Sunday with just the Abu Dhabi finale to follow in two weeks.

"We thought the wets would hold up and they didn't," Brawn said on British television BBC. "It was a poor call in the end.

"We thought it was about not making a mistake, but perhaps we were too conservative," said the Briton, renowned as the arguably best strategist in F1.

Button, similarly regretting the decision not to switch to intermediates in Q2 but also simply not up to speed with some of his rivals, refused to hit out, insisting it was a "team effort" rather than someone's fault.

So with his family in the pits and on home soil to please his drenched countrymen, the Paulista Barrichello's title tilt is firmly on track.

He admitted that pipping Mark Webber to pole could be the result of having "less fuel" aboard his Brawn.

Sebastian Vettel's already slim championship hopes are now all but in ruin with his 16th grid place, but he is still not giving up, vowing to "go out with the knife between our teeth" over 71 laps on Sunday.