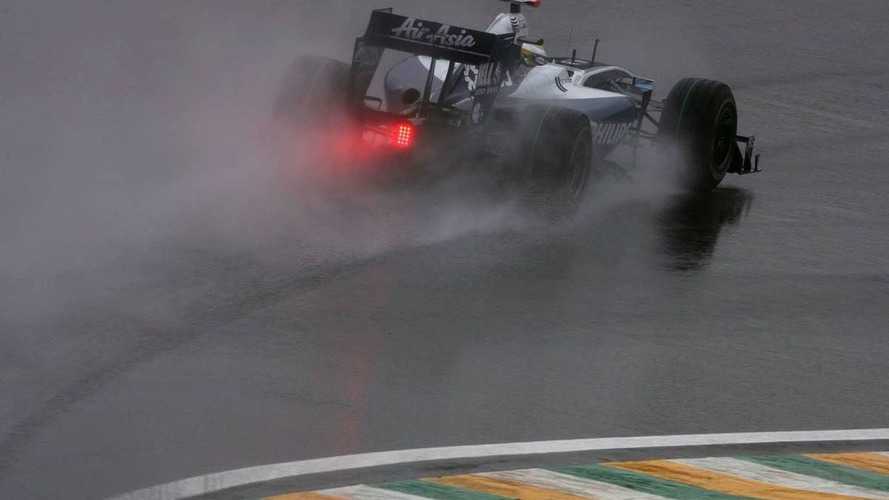 The hour-long session scheduled at 11am had to be delayed because the medical helicopter could not take off as extremely hard rain fell on the circuit in Sao Paulo.

The rain eventually eased and there was a short period of action, but the red flags had to be waved again when Romain Grosjean spun before becoming airborne over the bumpy grass and making heavy contact with the barriers.

For the record, Nico Rosberg did the most laps (9) and topped the time sheets ahead of his Williams teammate Kazuki Nakajima and championship leader Jenson Button.