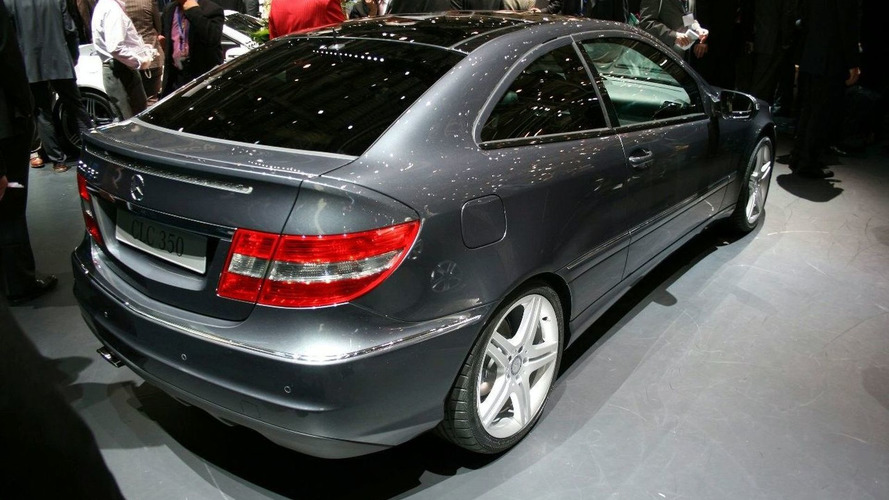 Mercedes are continuing to broaden their brands appeal with the release of the new Mercedes-Benz CLC coupé. According to Mercedes, the new CLC will appeal to younger drivers that are after a stylish modern vehicle which is equipped with the latest technology. Engineers have enhanced over 1100 components from the old Sports Coupé to create this new model.

The new model draws heavily from its bigger CL-Class Coupé and C-Class brothers. Basically, Mercedes designers have re-styled the coupés front and rear ends so that it resembles it’s newly launched C-class. Mechanically, the CLC 200 KOMPRESSOR gains an extra 20hp to bring it up to 184 hp. Not only does this unit bring with it more power it also sips fuel at a slower rate as it now consumes 7.8L/100km on the combined cycle, giving a healthy 0.4L improvement over the old engine.

The interior has had a redesign as well. Climate control and new sports seats are standard on the new range

The sports pack adds 18-inch alloy wheels and low profile tyres, sports suspension and Mercedes’ new direct-steer system which is based on the speed-sensitive power steering, it also offers a variable rack ratio. The ratio changes as a function of steering angle, so for instance, when parking the steering inputs by the driver are translated into large movements of the steered road wheels. At speed reaction times are increased.

A full range of 4 cylinder and 6 cylinder carry-over engines are available ranging from 122hp to 272hp. 6 speed manual gearboxes are standard but a 5 speed auto can be optioned on the 4 cylinder models or the 7G-TRONIC seven-speed automatic transmission for the V6 models.

The CLC 200 CDI is the fuel economy champion of the range returning either 5.8L or 6.1L/100km on the combined cycle which is 10.8% improvement over the old model.