Could debut in less than a month.

Very few cars out there can get away with keeping just about the same design from one generation to another. The Suzuki Jimny is on that short list as the current version that has been around for close to two decades still looks cute after all of these years and its replacement will build upon the same recipe without messing around too much with the ingredients. 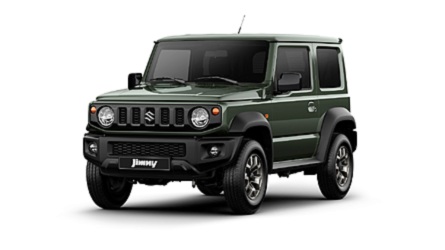 Those official images we published more than a month ago from a dealer presentation have now been given the high-resolution treatment to allow us have a better look at the evolutionary exterior design. The retro-flavored boxy body is in keeping with the model is about to replace to lend the 2018 Jimny that no-frills design approach many people like. It’s the same story with another reputable off-roader, the Mercedes G-Class. Speaking of which, the next-generation Jimny was spotted a while ago with a camouflage that made it look like a tiny G:

Much like its predecessors, the new Jimny will boast real 4x4 capabilities thanks to low-range gearing and the company’s proprietary Allgrip Pro system. It is expected to carry over the ladder frame construction combined with some new tech like the Boosterjet turbocharged gasoline engine. Suzuki will also throw in additional safety kit and will make the interior more modern by adding its latest tech. The cabin could turn out to be roomier than before as a result of a minor bump in size.

As to when we will actually get the see the real deal, a best-case scenario would have to be the Tokyo Motor Show that will open its doors towards the end of next month. Given the massive leak from August, it might just happen.