When the new Shelby GT500 debuts in just a few months, expect it to look something like this.

A new and improved version of Ford’s iconic Shelby GT500 has been a long time coming. The previous model left the market for good in 2014, and with it the supercharged 5.8-liter V8 producing 662 horsepower (493 kilowatts) that came under the hood. Early spy photos have suggested a new version could be on the way, but we still have no idea how that model might look... until now. 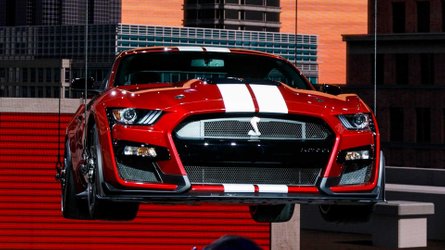 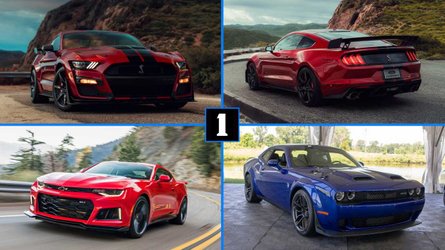 This new rendering gives us our best visual approximation of the upcoming new Mustang Shelby GT500, and comes courtesy of our friends at OmniAuto. It wears the updated face found on the 2018 Mustang, of course, and draws a number of cues from the less-powerful GT350, in this case, the white exterior and blue stripes specifically.

Alongside the polarizing new headlights, the front grille with the larger upper opening, and the smaller bottom opening, remains in line with typical Mustang styling. The hood gains a large central vent flanked by two smaller vents, but the overall shape of the muscle car remains the same.

Styling aside, we know that the new Shelby GT500 – if and when it arrives – will be one of the most powerful Mustangs yet. Rumors suggest that the same 5.2-liter flat-plane crank V8 from the GT350 will carry over, but in this application it will produce more than 700 hp (521 kW). Possibly even more than the 707 hp (527 kW) found on the Dodge Challenger Hellcat.

All that power will come paired to a quick-shifting dual-clutch transmission, with a six-speed manual as an option. The same 20-inch wheels pictured here and in spy photos will likely carry over from concept to production, and apart from the few styling tweaks, the GT500 promises to be the same aggressive pony car fans have come to know and love.