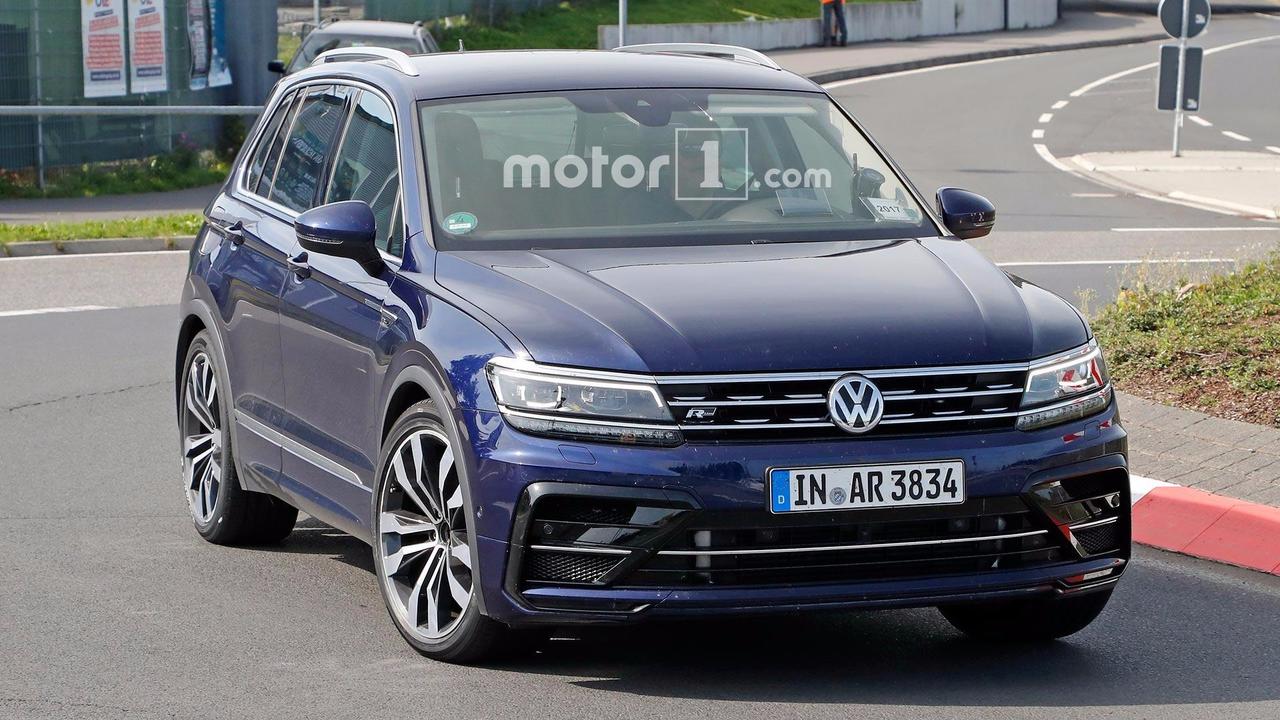 The Audi parts on this VW are the giveaway that this is something special.

New spy photos seemingly showing a Volkswagen Tiguan R present a bigger mystery when you look at the vehicle in detail. This example of the performance crossover features the wide, oval exhaust pipes that are usually for Audi’s RS models. Our spies also report that the engine sounds more like the Four Rings’ five-cylinder from models like the RS3, rather than the 2.0-liter four-cylinder than VW uses in the Golf R. A further part of the conundrum is that this vehicle wears license plates from Ingolstadt, Germany – Audi’s hometown.

None of these pieces of evidence would seem meaningful on their own, but they point to this vehicle actually being an Audi Q3 RS test mule, rather than a Tiguan R, after looking at all of the pieces together. The timing is still somewhat odd, though, because a new Q3 is on the way likely for 2019, and Audi already has test mules for it on the road. Hiding the high-performance engine in one of them would make more immediate sense.

There’s a new Tiguan R on the way too, though. It would be part of a broader lineup of R models from Volkswagen, including high-performance variants of the T-Roc, Touareg, and Arteon. Smaller models would use the 2.0-liter turbocharged four-cylinder from the Golf R, but the Touareg and Arteon might get a high-output V6.

Meanwhile, spy photos also show a new Q3 on the way. It appears to be larger than the existing model, which should allow for a bigger cabin. The design a more steeply raked windshield and rear glass, which gives the CUV a sleeker appearance. We should see the new Audi debut in 2018, but sales might not begin until late in the year – possibly early 2019 in some markets.