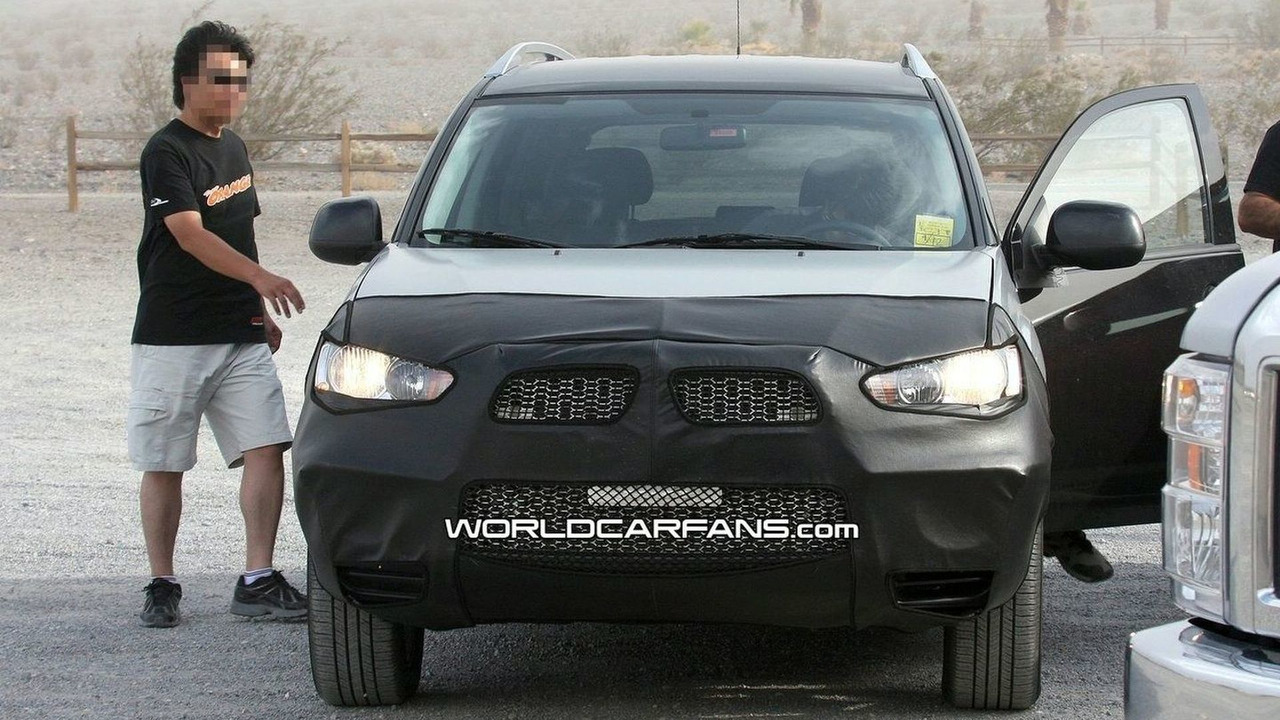 Although heavily disguised, the front end shows a trapezoidal outline coming through the black vinyl cover.

Spy photographers have caught first evidence of a dramatic mid-cycle facelift for Mitsubishi’s Outlander in the American desert today. Although heavily disguised, the front end shows a trapezoidal outline coming through the black vinyl cover. The shape is consistent with the new inverted slant-nose grille front fascia design that marks Mitsubishi's new design identity. Recent vehicles reflecting this design include the new Lancer as well as recently revealed concepts such as the Prototype-S and Concept-cX, both of which have been green flagged for production. Despite the dramatic changes up front, the test vehicles had no apparent changes to the rear. However, based on the large number of engineers present, we’re also expecting some under-the-hood updates as well.