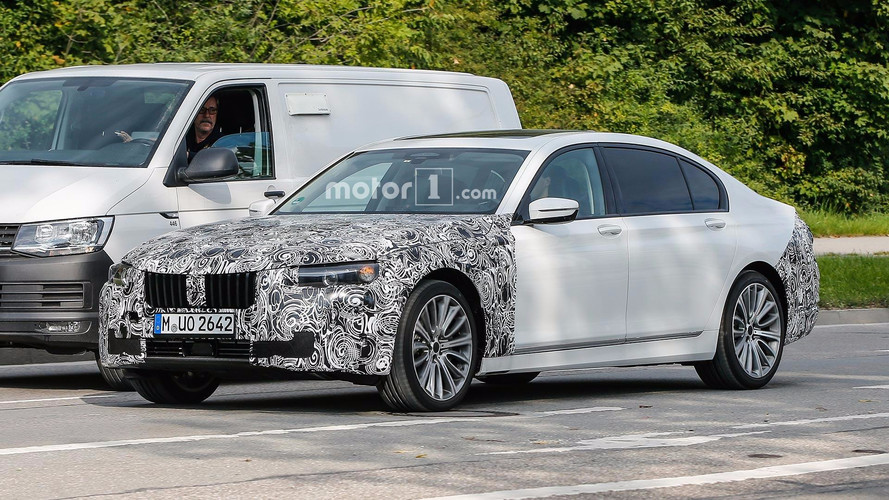 Thanks to Chinese legislation changes.

Spy photos from earlier this week revealed BMW is already preparing a refreshed variant of its flagship 7 Series limousine, and now a new report claims one or more new hybrid versions could be under development.

Autocar says new Chinese legislation changes could force the Bavarian manufacturer to launch at least one more hybrid 7 Series, which will join the already available 740e, sold on selected markets. The brand’s largest market, China, will soon (from 2019) require each marque to have at least eight percent of its local sales belonging to “new energy vehicles,” or hybrid and electric vehicles.

Sources close to the brand and to the British publication predict the 740e will be improved, while another hybrid variant will also join the 7 Series family. This move is seen as an attempt from BMW to boost 7 Series demand in the world’s biggest car market.

Another important update is planned for the autonomous systems of the luxury sedan, but the adaptive cruise control, autonomous emergency braking, lane-keeping assist, and collision avoidance systems are going to be enhanced rather than completely overhauled. Soon, BMW will also launch a fleet of approximately 40 self-driving 7 Series prototypes on public roads in Europe and the United States.

Don’t expect any significant design changes for the 7 Series though, as BMW plans only to slightly reshape the bumpers of the car and to give the taillights fresh new graphics. No major powertrain upgrades are in the cards as well, but the engineers of the automaker might massage the current engine lineup to get a little more output from them and better CO2 ratings.

Given the updates for the 7 Series from May this year, we don’t expect to see the facelifted flagship sedan before the end of the year. Different sources claim BMW could bring the refreshed model to the Beijing Motor Show in April next year.