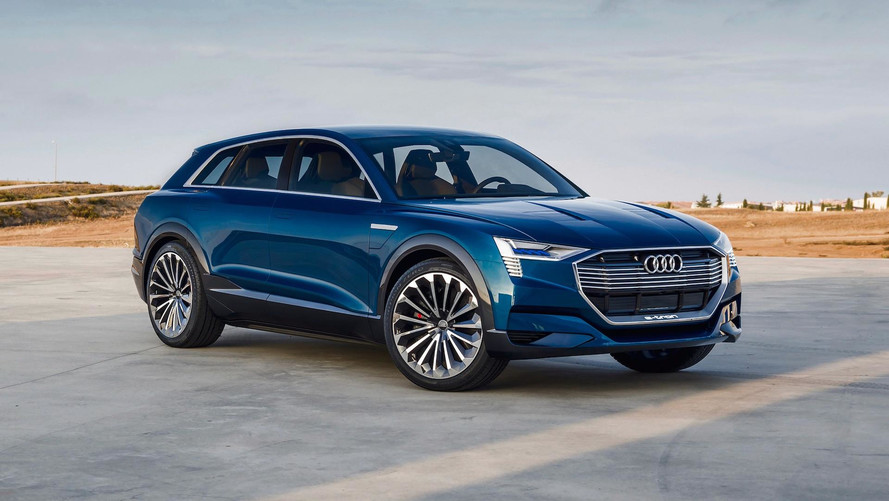 There would be around 20 vehicles in the lineup with some form of electrification.

Audi looks to electrify its lineup around the world in an rapid period of time. After previously alluding to three E-Tron models in the range by 2020, the Four Rings’ development boss Peter Mertens now says that there would be around 12 battery electric vehicles in the global range before 2025, among over 20 products with some form of electrification. The announcement came during a recent address in front of 7,000 employees in Ingolstadt, according to Reuters, and company bosses largely focused on electrification.

“In future, electric cars will roll off the line in all of our plants,” Audi Chairman Rupert Stadler said at the event, according to Reuters. This will include the company’s factory in Mexico.

However, the company won’t announce the specific production sites for the various vehicles yet, but more details should come soon. “The workforce here wants to see results no later than by the end of this year,” labor leader Peter Mosch said, according to Reuters.

Until now, Audi execs have only officially confirmed plans to build a dedicated EV in Belgium. This will be the upcoming E-Tron Qauttro (spied above) electric crossover. The trendy Sportback variant will begin production there in 2019.

Audi bosses haven’t hidden their intention to build electrified models around the world, though. Previous rumors point to at least three EVs for China. These would include the E-Tron, plus a still-unannounced sedan and compact model. There’re also reports of the possibility of creating either a fully electric Q3 or a PHEV variant.

In some cases, Audi will likely bundle its EVs with cutting-edge autonomous tech. As a preview, check out Elaine (above) from the Frankfurt Motor Show. She’s not a woman but instead a special version of the E-Tron Sportback that can drive itself on highways, including handling lane changes without human input. This tech is still years away but points to the Four Rings’ future technology strategy.