It appears to be melting.

Liberty Walk, the body kit maker from Japan, produces wild-looking kits for a wide variety of vehicles, and the firm’s latest custom creation that transforms a diminutive Daihatsu Copen roadster into a Nissan GT-R clone would only be owners with the most ostentatious personalities. Some of the changes might even convert the droptop into a piece of sculpture exclusively for display at car shows. 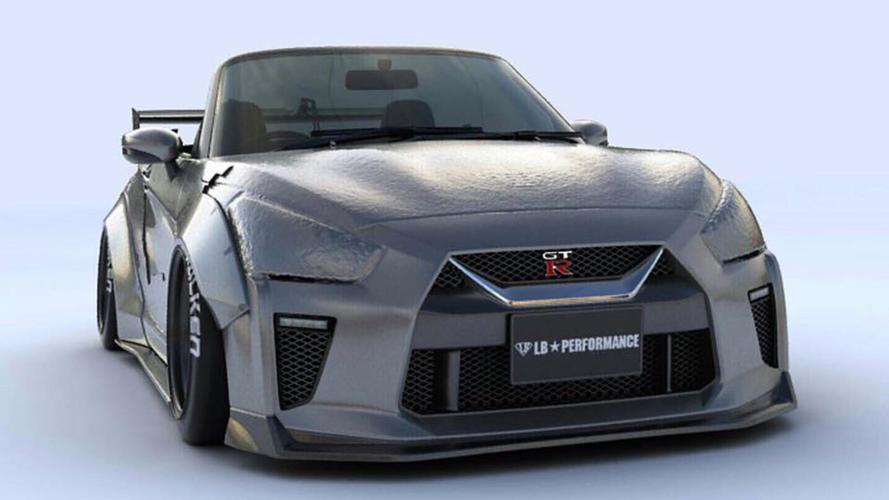 The GT-R front end actually fits the Daihatsu quite well. Liberty Walk uses the refreshed version of the Nissan as inspiration and includes the metallic V-shaped accent in the grille. For the Copen’s hood, the tuner leaves out the ducts from the GT-R, but the bulges evoke their appearance. Liberty Walk’s designers have a love of big, bolted-on fenders, and the pieces make a prominent appearance on this Daihatsu. 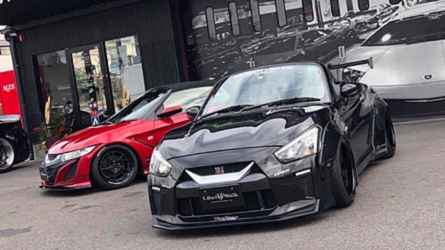 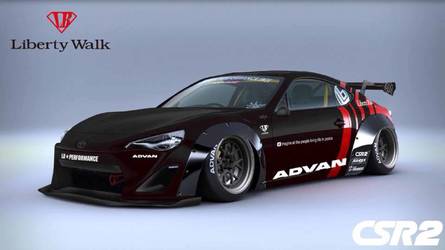 Similarly, there are swollen fenders at the rear, and a broad side sills run between the axles. Liberty Walk doesn’t do much to the Copen’s trunk other than installing a huge wing, but the company adds a GT-R-inspired bumper with dual exhausts exiting from each corner. 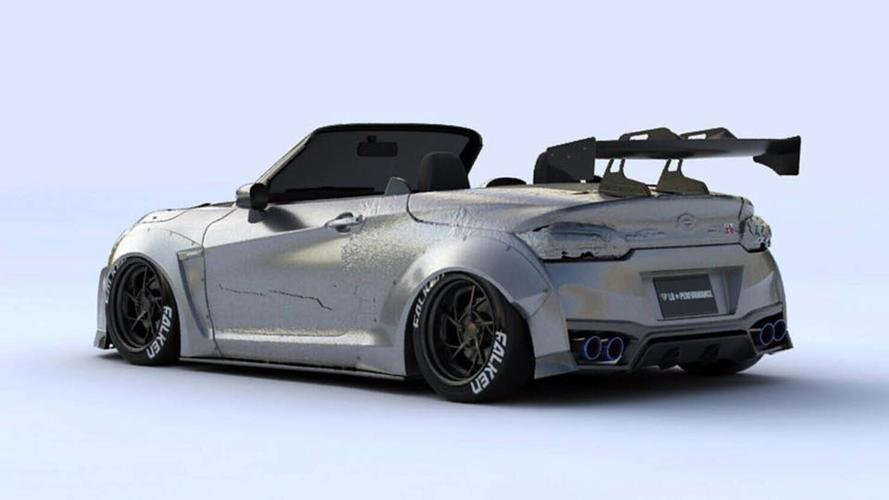 Just making a Copen looks like a GT-R would be weird enough, but Liberty Walk’s final touch is absolutely bizarre. The company covers the roadster in a material that makes it appear to be crumbling apart. The stuff conceals the headlights and taillights, so driving the car on the road seems impossible.

The tuner doesn’t provide many details about this Copen, but the firm’s Facebook post about it (below), suggests the roadster comes from the company’s Custom division that works with clients to create special vehicles. We can understand the madness behind a GT-R-inspired Copen, but covering it the weird, crinkly material is an utter mystery.

The Copen looks cool even in standard form, and Daihatsu offers it in a variety of variants. All of them use a 658-cubic-centimeter engine that produces 63 horsepower (47 kilowatts) and 68 pound-feet (92 Newton-meters) torque. Customers can choose whether a five-speed manual or CVT routes the output to the front wheels.