McLaren BP23 Prototype Revealed, Will Be "Fastest Ever McLaren"

"Hyper-GT" development based on 720S mule with single-seat interior.

The newest member of the McLaren Ultimate Series is under development with the codename “BP23,” the British automaker confirmed today. These photos provide our first solid look at a 720S-based test mule for what is essentially the successor to the P1 hypercar.

The goal with this new model, which McLaren says will have hybrid power, is to produce “the fastest ever McLaren” – though the company says that achievement will not be based on lap times (e.g. the ever-popular Nürburgring) but another metric that has yet to be announced. Top speed, or a 0-200-0 miles per hour time, could be some conceivable records for McLaren to pursue. 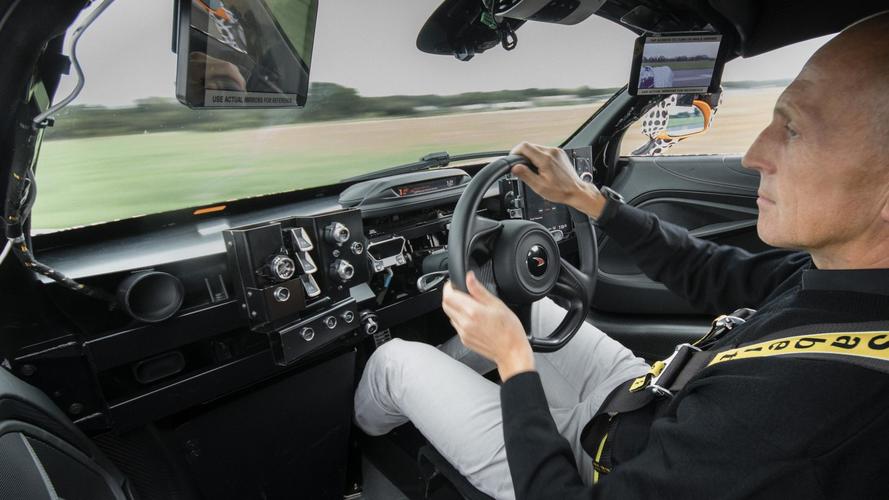 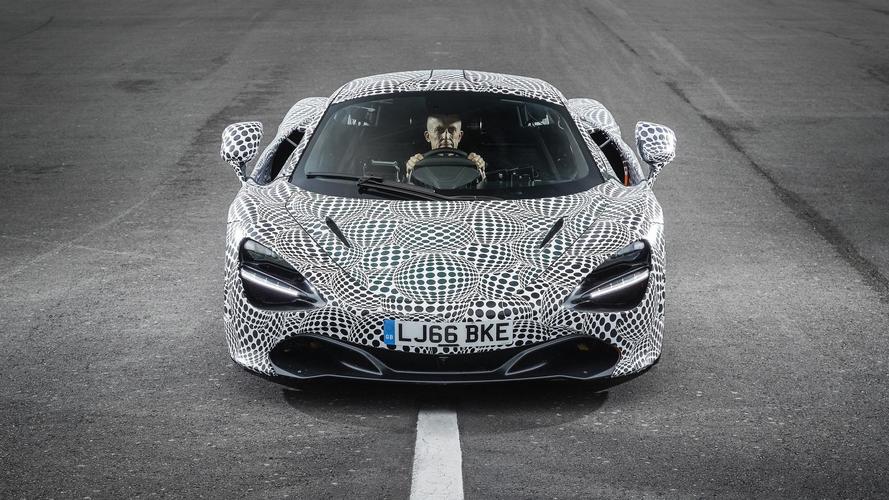 As these photos confirm, this camouflaged McLaren 720S mule is being used to develop the BP23. It’s been converted to a single-seater layout, and in fact the company has confirmed the final product will have 1+2 seating arrangement of the original McLaren F1. Inside, look for various parts familiar from the 720S, including its flip-up digital instrument display, with various interior switches and trim pieces tacked on to the minimalist interior. McLaren is experimenting with fully digital rearview mirrors, fed by cameras, for the BP23. At this time, though, those systems aren’t legal in all of the world; the company says only that it is “considering” including that.

With its positioning in the Ultimate Series, the BP23 will be the successor to the McLaren P1, a car that also used a hybrid powertrain and generated incredible performance numbers. It produced a total output of 902 horsepower and could accelerate to 62 mph in just 2.8 seconds. Yesterday, September 27, was the fifth anniversary of the P1’s public introduction as a design study at the 2012 Paris Motor Show; the production model was revealed at the 2013 Geneva Motor Show.

McLaren teased the new car earlier this year with a sketch that said the BP23 would ship to customers in 2019. Of course, if you’re hoping to buy one, you’re way too late: all 106 copies have already been sold. That number was chosen because it matches the number of McLaren F1s sold. The company called the new model a “Hyper-GT” and promised it would be, “the most powerful and most aerodynamic road-going McLaren ever.”

Stay tuned for more information on the newest, fastest McLaren over the coming months.