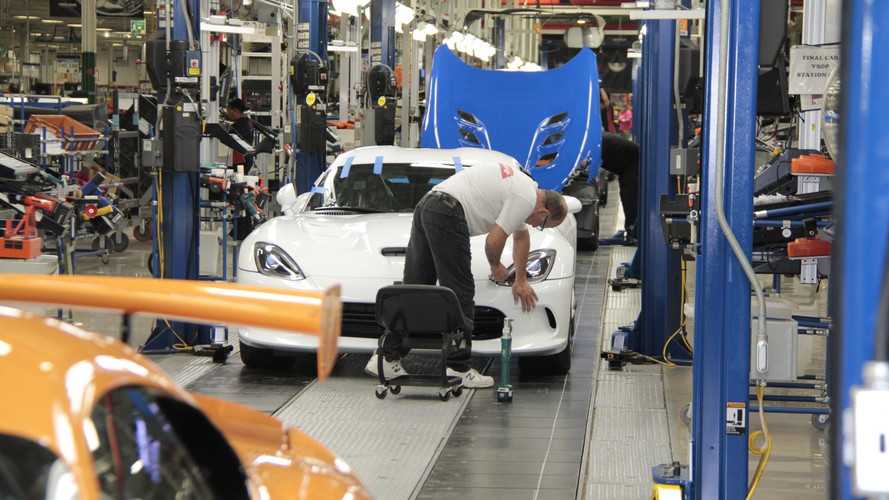 Ford, GM, and FCA are shifting production to Mexico and China.

The Detroit 3 automakers are set to lose their U.S. production crown for the first time in history. According to industry analysts at IHS Markit, the combined North American production output of manufacturers from Asia and Europe, together with Tesla, will reach 8.7 million units this year, while Ford, General Motors, and the North American operations of Fiat Chrysler Automobiles will build no more than 8.6 million cars.

IHS Markit analyst Joe Langley believes the gap will widen by 2024, when foreign automakers and Tesla combined will produce 9.8 million vehicles on the continent. For comparison, the Big Three will combine to assemble 8.1 cars, down six percent compared to this year.

Auto brands from Europe and Asia have already announced a series of new or expanded plants in North America. Tesla is also on track to build as many as 500,000 cars per year at its Freemont plant. Another major factor contributing to the trend is Donald Trump’s administration push to limit imports of vehicles in negotiations to overhaul the North American Free Trade Agreement.

Meanwhile, the Detroit 3 manufacturers are increasingly shifting production of some of its models to Mexico and China. Some of those vehicles, Langley commented, used to be assembled solely in the United States, just like the North American version of the Ford Focus, which will be produced in China from its next generation.

Mexico is also expected to increase its share of production in North America from the current four million vehicles to about 4.5 million units in 2024, according to IHS Markit.