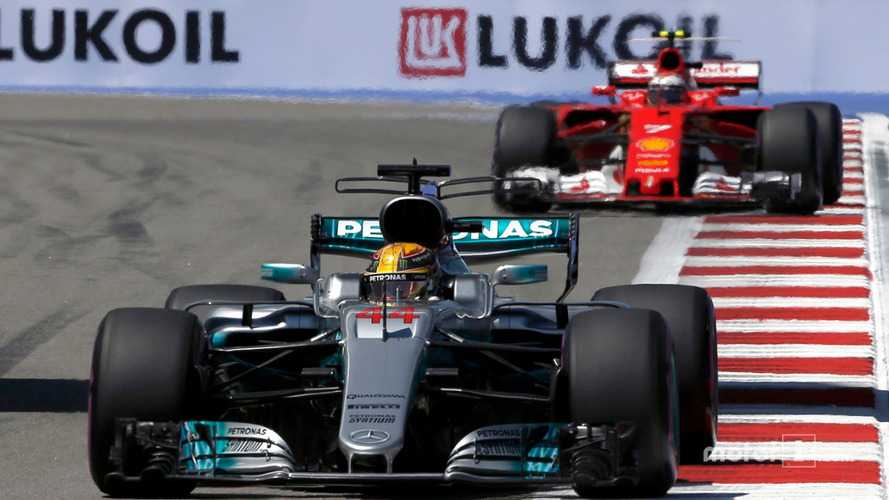 Does louder mean it will be better?

Anyone who’s been to a Formula One race will attest to just how awesome it is to see the action live. Even with the widespread criticism of how terrible the current V6 engines sound, attending a live race is thrilling experience that television just can’t capture. That doesn’t mean F1’s Commercial Managing Director Sean Bratches doesn’t want to try, however, which is why a plan is in motion to stick microphones into the cars’ exhaust systems.

The goal, obviously, is to make the cars “louder” for the television audience at home. According to Reuters, the racing series is currently working on an exhaust-mounted ceramic mic that can handle the high temperatures produced from the turbocharged 1.6-liter V6 engines under racing conditions. Speaking to Reuters, Bratches said the sounds of the sport are “viscerally moving to fans and critically important,” and alluded that this not-at-all surprising conclusion was reached through “all the research that we do.”

Presumably, that research includes reading any blog, article, or comment about F1’s switch to the V6 mill in 2014. It’s not that the new powertrain isn’t an amazing technological marvel, and with horsepower ratings in the 850 to 870 range, performance is phenomenal. The sound, however, is where there’s a near universal consensus of general hatred. To be fair, few things in the motoring world will ever match the spine-tingling songs of the V12 and V10 F1 cars from the 1990s and early 2000s.

The question is, will simply making the exhaust note louder on television actually make a difference for the better? It’s not like the engines can’t be heard already – people just don’t like what they hear. Furthermore, some might find such a move to be rather tacky. Or, perhaps Bratches is onto something. The sound at the pipe should have a bit more depth and resonance to it. The result may be surprisingly good.

Do you think amplified exhaust systems will make F1 cars sound better on the tele? Or will it just be a louder, more obnoxious version of what many F1 followers have dubbed the duck call?