It's now the most valuable modern era F1 car sold at auction.

[UPDATE] The Ferrari F2001 driven by Michael Schumacher was auctioned last night during Sotheby’s Contemporary Art Evening Sale in New York for $7,504,000 to become the most expensive modern era F1 car ever sold at auction.

Michael Schumacher’s storied Formula One career came to a close in 2012. In that time, the legendary racing driver recorded seven championships, 91 wins, 155 podiums, and 1,566 career points, making him arguably the greatest ever to get behind the wheel. Of those seven championships, one of them came in 2001 while behind the wheel of the Scuderia Ferrari Marlboro F2001. Now, that legendary racer is heading to auction where it could bring in some serious bucks.

As part of the RM Sotheby's Contemporary Art Evening sale taking place on November 16, 2017, in New York, Schumacher’s F2001 Ferrari will head to auction. Chassis number 211, this racer is one of the most recognizable, historic F1 cars of all time, and took home two Grand Prix wins during the 2001 season. It would make an impressive addition to any collection. 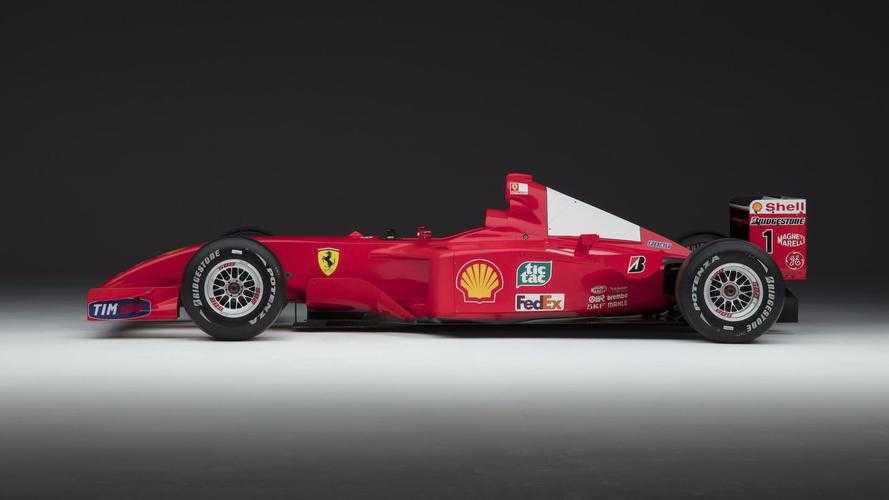 Though it will be a centerpiece at RM Sotheby’s Contemporary Art sale, the racer is considered "usable art," and can still be driven at full capacity, specifically at historic racing events. The new owner will gain full access to Ferrari’s Maranello facility, along with transport, and pre-arranged Corse Clienti events together with private track days.

Prior to the F2001’s sale at auction, the Ferrari will be on display from Thursday September 28, to Tuesday, October 3 at the RM Sotheby’s Hong Kong Autumn Sales week, and again at Ferrari’s 70th Anniversary Celebration at Rockefeller Center in New York on October 8 and 9. 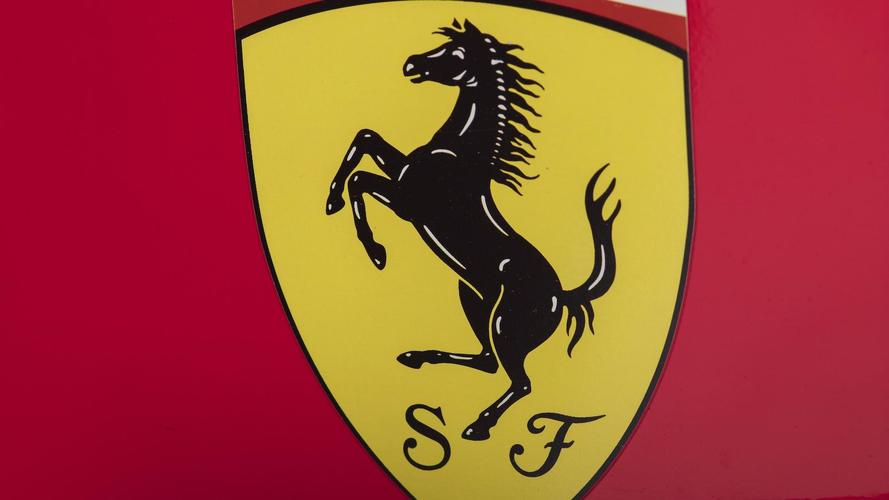 RM Sotheby’s didn't give an estimate sales price, but reports say it could go for as much as $4 million, if not more. This is just the first time that a collector’s car will be offered at an RM Sotheby’s art auction since the two companies joined forces in 2015.

"We are pleased to join Ferrari’s 70th anniversary celebrations by offering Michael Schumacher’s Grand Prix-winning Ferrari F2001 in November," said Gregoire Billault, Head of Sotheby’s Contemporary Art. "Ferrari and Schumacher are the greatest names in motor racing, with a place in the public imagination that is synonymous with the highest achievements in the field. It is therefore entirely fitting that we offer the car that represents the pinnacle of that success alongside the great names in Contemporary Art such as Warhol, Basquiat, and Johns."

In a landmark moment for the partnership, Sotheby’s is delighted to announce the addition of a 2001 Ferrari F2001 curated by RM Sotheby’s in the Contemporary Art Evening Auction on 16 November in New York. Unveiled during Sotheby’s Hong Kong Autumn Sales week at the HKCEC, the Ferrari F2001, chassis no. 211, is the most important modern Formula 1 race car and is amongst the most significant and valuable competition cars in any collection worldwide.

Formula 1 stands at the pinnacle of motorsport, combining the fastest, most technically advanced, and most valuable cars with top racing drivers—who famously combine talent and athleticism—all in front of the largest global audience of any of its contemporaries. The 2001 Ferrari F2001, chassis no. 211, is the definitive representation of the sport: the car that secured the 2001 Constructors’ and Drivers’ Championships for the oldest and most dominant team in the category—Scuderia Ferrari, piloted to victory by the greatest-of-all-time driver, Michael Schumacher—at the most important and prestigious automobile race in the world, the Grand Prix de Monaco.

The ultimate culmination of the Sotheby’s and RM Sotheby’s partnership, the presentation of the F2001 represents the first time a collector car will be offered at a Sotheby’s art auction since the two companies joined forces in February 2015. Contemporary Art is a dynamic combination of materials, methods, concepts, and subjects that challenge traditional boundaries, in much the same way as the Ferrari F2001 with its extraordinary combination of design and balance. The offering of a car of this unparalleled historical significance at one of the most important Contemporary Art sales of the year will bring together collectors of the world’s most sought-after pieces in both categories.

Grégoire Billault, Head of Sotheby’s Contemporary Art, New York, commented: “We are pleased to join Ferrari’s 70th anniversary celebrations by offering Michael Schumacher’s Grand Prix-winning Ferrari F2001 in November. Ferrari and Schumacher are the greatest names in motor racing, with a place in the public imagination that is synonymous with the highest achievements in the field. It is therefore entirely fitting that we offer the car that represents the pinnacle of that success alongside the great names in Contemporary Art such as Warhol, Basquiat, and Johns.”

“The Ferrari F2001 we are unveiling in Hong Kong is one of the most important and valuable modern Formula 1 race cars in history,” says Kenneth Ahn, President, RM Sotheby’s. “This very car secured Ferrari their 11th of a record 15 Formula 1 Constructors’ Championships and Michael Schumacher his fourth of an unmatched seven Drivers’ Championships, placing it among the best of the best in the world of motorsport. It is our great pleasure to offer this car during Ferrari’s 70th anniversary year, a year in which the legendary marque also won its first Monaco Grand Prix since Schumacher secured his final Monaco victory in 2001 in chassis 211. Fresh on the heels of our highly successful sale with Ferrari at their anniversary celebrations in Maranello, the unveiling of the F2001 in Hong Kong and its presentation in New York this November not only represent the first time RM Sotheby’s has displayed or offered a motor car as part of a Sotheby’s art sale, but also further evidence of RM Sotheby’s leadership in the market for important Ferraris at auction.”

The F2001, perhaps the ultimate iteration of “useable art,” can still today be piloted in historic racing and at full capability. Ferrari can house the car in Maranello and transport it worldwide for pre-arranged Corse Clienti events as well as private track days, where the next caretaker can enjoy the unique thrill of the car at speed in addition to tutelage from Ferrari’s own Formula 1 technicians, mechanics, and test drivers. The opportunity to acquire a Ferrari Formula 1 car that has been driven by Michael Schumacher does not arise often. A race-winning example is truly special, but a car that won two Grand Prixes and led the greatest Formula 1 driver and the most successful Formula 1 manufacturer to two World Championship titles is nothing short of sensational.

The Ferrari will be on view from Thursday, 28 September through Tuesday, 3 October during Sotheby’s Hong Kong Autumn Sales week alongside additional offerings from the November Contemporary Art Evening Auction. Following this display, the car will be on view as part of the historical exhibition honoring Ferrari’s 70th Anniversary at Rockefeller Center on 8 & 9 October, and then at Sotheby’s Manhattan headquarters from 3 November in advance of the Contemporary Evening Sale.