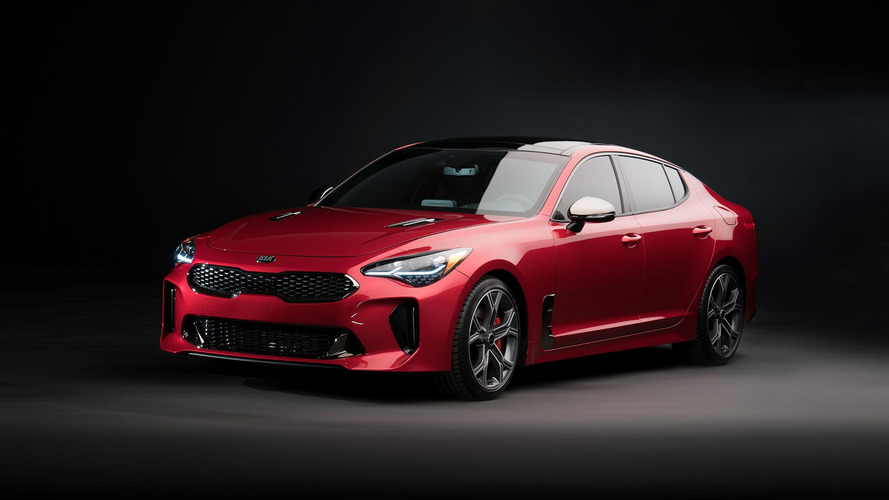 The Kia Stinger shocked the automotive world when it was introduced earlier in the year. The first premium sports sedan from the South Korean automaker, the Stinger was designed in Frankfurt, developed on the Nürburgring, and delivers premium performance… now at an officially affordable price.

Thanks to an early scoop from Motor Authority, we know that the new Stinger can be had for as little as $32,795. The base turbocharged four-cylinder model delivers 255 horsepower (190 kilowatts) and 260 pound-feet (352 Newton-meters) of torque, and has the ability the sprint to 60 miles per hour (96 kilometers per hour) in just 5.9 seconds, and continue on to a top speed somewhere near 155 mph (249 kmh).

All GT versions of the Stinger also come equipped with an adjustable adaptive damper, which allows users to personalize chassis settings depending on road conditions and climate. The technology was developed by former BMW M engineering boss Albert Biermann, and was fine tuned on the Nürburgring. Kia says that with all that performance technology in tow, the Stinger rivals luxury competitors like the Audi S5 Sportback, the BMW 440i Gran Coupe, and the Infiniti Q50, just to name a few.

The most expensive Stinger GT model – the V6-powered, all-wheel-drive version – will set you back just over $51,000. Detailed pricing for the top-end model, though, won’t be made available until November. The Stinger will come in five different trims when it launches, including Base, Premium, GT, GT1, and GT2. Base and Premium versions will come powered by the turbocharged four-cylinder engine, while the rest of the lineup will use the V6 engine exclusively.

But wait, there’s more. Rumor has it that the Stinger could get a V8 option in the U.S. The 5.0-liter engine will reportedly deliver somewhere in the neighborhood of 400 hp (298 kW). For now, buyers will have to make do with the four- and six-cylinder options. The Kia Stinger will hit dealerships in just a few weeks.