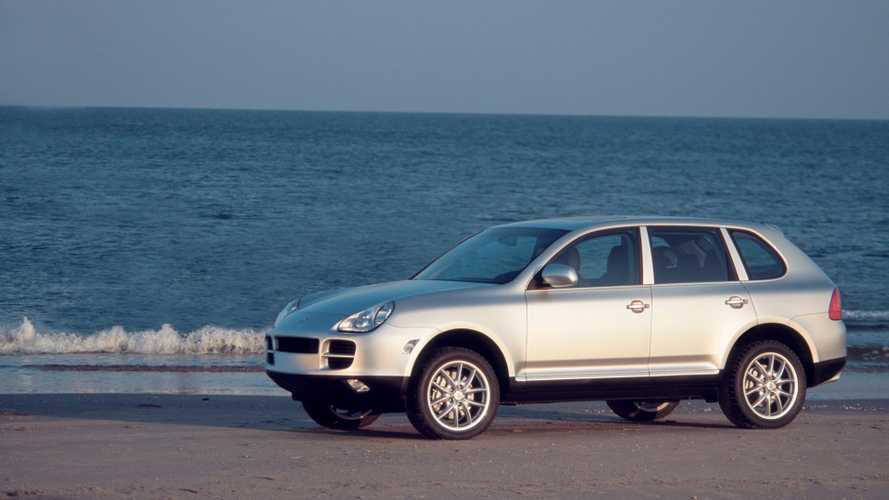 It's the latest in a wide range of models under the Volkswagen umbrella to have the same problem.

As far as vehicle problems go, leaking fuel is a big one. That’s why Porsche is recalling nearly all Cayenne sport-utility vehicles sold in the United States from 2003 through 2006. The problem stems from the fuel pump filter, which can develop hairline cracks in the flange of the filter over time. Should this happen, Porsche says a “very small quantity” of fuel could seep out, leading to a fuel smell.

The fix is pretty straightforward. Porsche will replace the fuel filter flange free-of-charge, a procedure which the automaker says should take about an hour and a half. Cayenne owners will of course need to take their vehicle to an authorized Porsche dealer for the repair.

The automaker doesn’t specify when or how affected customers will be notified, nor does it mention specific Cayenne submodels. The recall affects a total of 50,145 vehicles from model years 2003 through 2006; according to Carsalesbase, total Cayenne sales in the U.S. for the same period was 55,214, so the recall covers the vast majority of the SUVs sold in the States. There’s no word on why some models were unaffected, nor is there mention of Cayennes in other parts of the world being recalled.

The same problem has affected a swath of cars in Volkswagen's stable of brands. 51,000 Porsche Macan SUVs were recalled in the spring, followed by the Audi Q5 and Q7. Volkswagen also recalled certain model of its Touareg SUV earlier this year. A report from Car and Driver says the faulty fuel filter flange has amounted to nearly 500,000 vehicles being recalled for the same problem, and since the flange reportedly comes from a single supplier that serves numerous other automakers, there is a possibly that the recall could continue to grow.