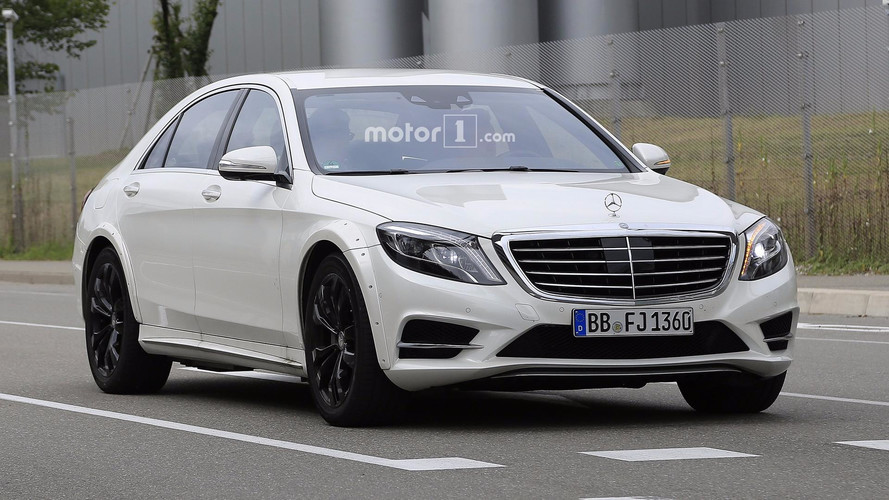 Facelifted a few months ago, the Mercedes flagship already seems to be gearing up for its next generation.

It may look like a run-of-the-mill Mercedes S-Class at a first glance, but the extensions applied onto the wheel arches could be a sign we are actually dealing with an early test mule of the next-generation model. The prototype might have been used for testing new running gear or other type of hardware and there is a good chance it wasn’t actually an S500 like the badge on the back would want you to believe.

The flagship sedan from Mercedes was revised just a few months ago when it received even more technology, an updated engine range, and some model name changes as the S550 and S500e have been replaced by the S560 and the S560e, respectively. The current S-Class will be available for quite some time as the company has made it clear the next-gen car will not arrive before the end of the decade, but is this it? There is a distinct possibility we are in fact looking at the new one, which could have slightly wider tracks judging by the beefier wheelhouses.

When the next S-Class will debut in 2020 or so (2021MY in the United States), it’s going to be lighter than today’s car by making more extensive use of aluminum combined with carbon fiber reinforced plastics (CFRP). The reveal was made more than three years ago by the S-Class W222’s chief engineer, Hermann-Joseph Storp, adding the W223 will be “even greener” as a result of shaving off weight.

Little else is known about the next S-Class, but a four-door coupe derivative is apparently in the works and could bring back the “SEC” moniker as per a report published by CAR magazine back in April 2016. Rumor has it the plan is to take the long-wheelbase S-Class Sedan and slap on the front and rear of the S-Class Coupe, together with a swoopy roofline. Needless to say, this is merely a raw description of what some people could describe as being a supersized CLS. It won’t be available right away together with the regular sedan as the same report indicates the reborn SEC will be introduced early 2021, with both set to feature a semi-autonomous driving system capable of meeting level 3 requirements.