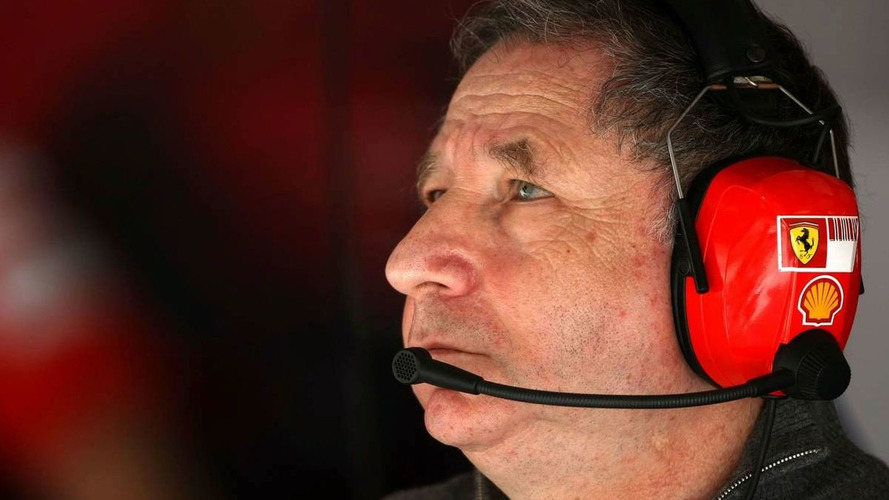 After Max Mosley publicly voiced his support for FIA presidential candidate Jean Todt, the neutrality of F1's governing body has now been further called into doubt.

After Max Mosley publicly voiced his support for FIA presidential candidate Jean Todt, the neutrality of F1's governing body has now been further called into doubt.

The Paris based federation will next Friday stage a democratic election to name Mosley's successor as FIA president, with 1981 world rally champion Ari Vatanen also standing for office.

But according to the Daily Telegraph in Britain, Mosley is not the only high ranking FIA incumbent who is pushing for former Ferrari boss Todt to be elected.

The newspaper has published excerpts of leaked emails showing that FIA director general Peter Doggwiler, and FIA Foundation director general David Ward, have been actively lobbying on the Frenchman's behalf.

One email from Doggwiler is to key sympathisers, advising them "I will call you this week to see where we are so I can make an adequate report to Jean".

An email from Ward reveals he has had conversations "regarding a more intensive lobbying strategy", and indicates his involvement in the formation of Todt's cabinet, while another includes an attachment of Todt's campaign announcement, seeking amendments to the text.

Some of the emails originate from FIA Foundation email addresses, and the Telegraph indicated that the Charity Commission Direct is "sure to take a dim view of Ward's actions".

A leading sports lawyer Oliver Hunt, meanwhile, is quoted as suggesting a "breach of neutrality" may have been committed by the FIA.

"I'm not qualified in French law but my understanding of the basic legal requirements for any election process in France is that there is an overriding duty of neutrality," he said.