Mercedes-AMG GT4 Sedan Spied Showing Its Cabin And Under Hood 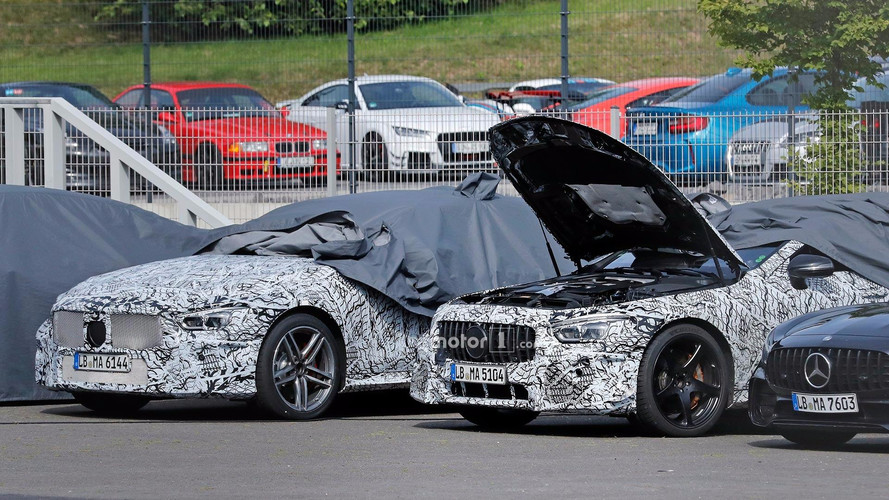 The Mercedes-AMG performance brand is on the cusp of having another dedicated model to join the GT due to the impending launch of the of a sedan with considerable inspiration from the GT Concept four door. New spy shots provide the best look yet at the upcoming model, including the interior and a glimpse under the hood.

These are the first spy photos of the sedan’s interior, and it looks like quite a high-tech place. An ultra-wide digital display handles the instruments in front of the driver and infotainment on the center stack. A rounded chrome bezel outlines the screen, which makes it look reminiscent to an extremely large iPad. The air vents have an aeronautic flair with metallic details that give them an appearance like a jet’s turbines.

Another photo shows sedan with the hood up. Unfortunately, the angle of the photo doesn’t provide a good look at the powerplant. Things appear well packaged in there, though.

In concept form, the sedan used the 4.0-liter biturbo V8 from existing AMG models, but there was also a rear-mounted electric motor. In total, this combo produced 805 horsepower (600 kilowatts) and would have launched the four door to 60 miles per hour (97 kilometers per hour) in less than three seconds. This might be the range-topping powertrain and lesser models wouldn't have the hybrid portion.

Mercedes intends the GT four door to compete against other high performance sedans like the Porsche Panamera. The design features a flowing shape with a long hood and steeply raked windshield that leads to a curvaceous roof. A rounded rump features an active spoiler and dual exhausts at each corner of the bumper.

The production version of the GT sedan arrives in 2018.