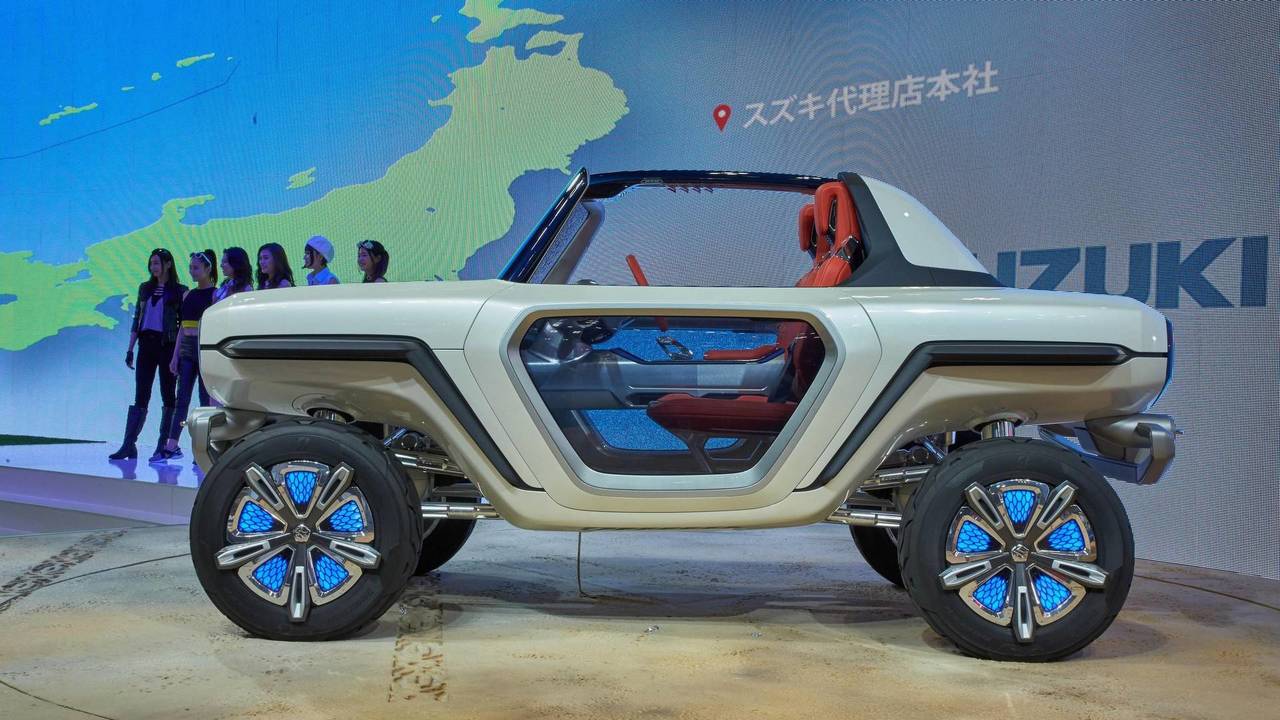 Needless to say, the future is electric.

Update: The image gallery has been updated with live shots from Tokyo.

The Tokyo Motor Show is fast-approaching, so naturally more and more of the domestic automakers are unveiling their cars prepared for the event organized in Japan’s capital. Suzuki will be there to display the e-Survivor concept, a quirky SUV that builds upon the success of the Jimny and Vitara, but reimagined for a distant future with four in-wheel electric motors.

The unusual body has extremely short overhangs at both the front and rear axles to better show off the vehicle’s compact size while the lack of conventional wheel arches provides a look at the suspension setup of the 4x4 vehicle. Envisioned strictly as a two-seater without a roof, the e-Survivor comes with electrically retractable running boards and features a modern front fascia derived from the Jimny with circular LED headlights and an illuminated five-slot grille.

The interior is just as interesting as the exterior, with a massive full-width head-up display along with a screen built into the flat-bottomed steering wheel. The center console is dominated by another display that takes the shape of a sphere and delivers a wide array of information in a snazzy 3D layout. There’s an additional display on the passenger’s side, plus two more tiny screens built into the seats. Speaking of which, there are speakers and air conditioning ducts mounted within the seats.

While the e-Survivor is all about the future as Suzuki is preparing to celebrate its centenary in 2020, the concept sits on a truck-derived ladder frame configuration, one of the oldest in the business.

As with just about every other Tokyo Motor Show, the 45th edition starting in a month from today is shaping up to be jam-packed with concepts from Japanese automakers, with Subaru, Lexus, Mitsubishi, Mazda, Nissan, and Toyota also preparing new showcars.